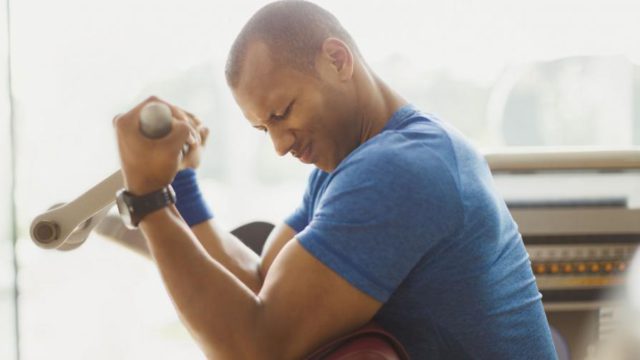 ASIDE FROM HAVING a bone-crushing handshake and a greater capacity to handle heavy deadlifts, powerful grip strength can lower your risk of cardiovascular disease and early death. And while you can build it, some guys are just born with iron fists, and new research from the University of Cambridge in England has an idea why.

Scientists looked at figures from the UK Biobank, a long-term genetic study, which gathered data on the grip strength of nearly 200,000 people across the U.K., Netherlands, Denmark, and Australia. They were able to identify 16 common genetic variations related to muscle strength known to influence muscle function, structure, and nervous system communication with muscle cells.

“While we have long suspected a role for genetics in the variation in muscle strength, these findings give the first insights into some of the specific genetic variants that underpin variation in strength,” study co-author Robert Scott, Ph.D. said in a press release. “These could be important steps toward identifying new treatments to prevent or treat muscle weakness.” Or, you know, help the not-so-genetically-gifted lifters among us get our swole on…

The researchers also found a strong link between higher muscle strength and fewer bone breaks, so weightlifting into your golden years is a great idea.

If you’re new to lifting, check out our ultimate beginner’s workout program. And if you’re already a gym junkie, try this CrossFit program to get stronger. Mixing up your regimen will always yield faster gains and stave off boredom.