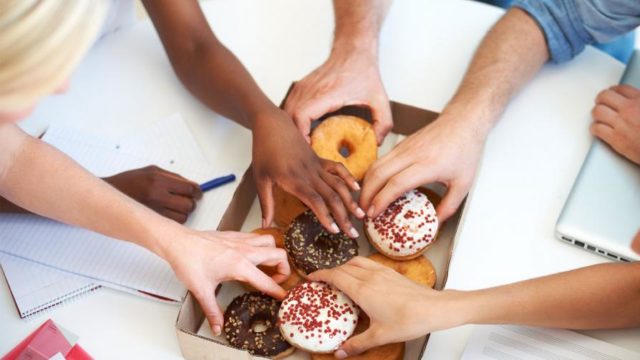 WE’VE ALL BEEN there. When life pulls you down, due to issues like a bad break-up or job complications, we often indulge in doughnuts, candy, a bag of cookies…you know. The good news: We now know why.

A study published in the Journal of Clinical Endocrinology and Metabolism found that beverages that contained sugar were helpful in combating the onset of stress.

Scientists recruited 19 women to participate in the 12-day study. Eight of the participants consumed beverages artificially sweetened with Aspartame, while the rest were given drinks containing table sugar. Researchers took pre- and post-drink saliva cortisol samples, as well as functional MRI scans while the women performed mathematical tests that were high in difficulty.

But don’t let that be your excuse to eat a second piece of your co-worker’s birthday cake. Sugar is enemy No.1 to building muscle and getting lean. Next time you feel the craving come on, recognize if you’re stressed or if you really want the sweet stuff. If it’s the former, eat one of these 10 much healthier foods that reduce anxiety and stress instead.

The best supplements for sex