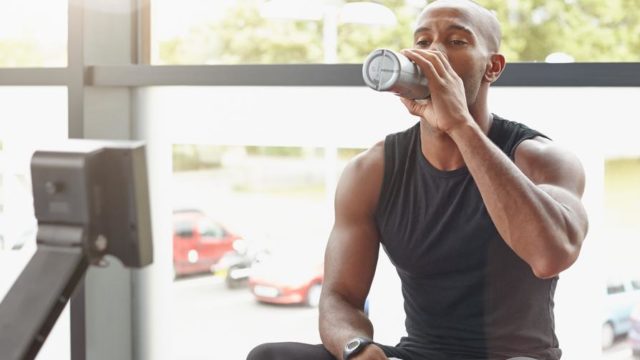 THE FIRST FEW weeks of January can feel like one long hangover.

Whether it’s family feuds around globs of food at multiple functions or the god-awful things that coursed through your body when you slurped Aunt Edna’s Eggnog, your body is withdrawing from holiday overconsumption.

That’s why a growing number of people are taking a proverbial shot at “Dry January,” an annual booze-less month to let the body recover. But besides a little less dancing, fewer shameful mornings, and a fuller wallet, can a 31-day alcohol break actually make you healthier?

In the UK—where the phenomenon has garnered full “Movember” treatment, allowing participants to raise money for charity—a few intrepid journalists from the New Scientist wanted to find out. For the experiment, 10 participants took the dry plunge, while a doctor monitored their vitals.

And the sobering news? Besides the expected weight loss from a decrease in meaningless calories, liver fat dropped an average of 15 percent, which is remarkable considering fat in the liver is a leading indicator of future disease.

Also from the New Scientist:

“Then came another surprise. The blood glucose levels of the abstainers dropped by 16 percent on average, from 5.1 to 4.3 millimoles per litre. The normal range for blood glucose is between 3.9 and 5.6 mmol/l. ‘I was staggered,’ says Kevin Moore, consultant in liver health services at UCLMS. ‘I don’t think anyone has ever observed that before.’”

While this is an exceptionally small and rather informal study, it does indicate that a lengthy booze break can have some serious health benefits—and probably some social ones too. So you might want to consider giving it a shot. Yes, we’re looking at you, dancing-on-bar guy.

Want to quit smoking? Exercising may be the key.