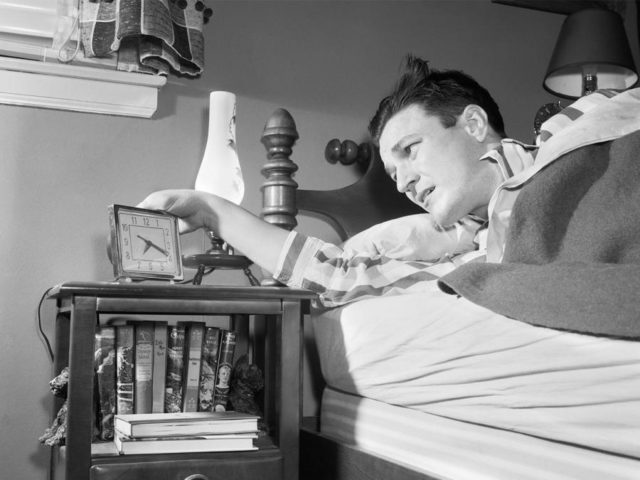 YOU DO EVERYTHING you can to lead a healthy lifestyle. You exercise regularly, make monthly doctor appointments, and load your plate with veggies, fruits, and lean meats. But some things are out of your control.

You do everything you can to lead a healthy lifestyle. You exercise regularly, make monthly doctor appointments, and load your plate with veggies, fruits, and lean meats. But some things are out of your control.

Ever notice a particularly unpleasant odor (likened to cabbage) coming from your urine after you eat asparagus? Well, you can point a finger at asparagusic acid—or, rather, your body, which converts the acid into a sulfur-based chemical, according to Smithsonian.com. But before you go nixing asparagus from your diet, know that not everyone suffers the embarrassment of this unfortunate side effect. According to a 2010 study published in the Oxford Journal, if you’ve never expelled pungent pee after an asparagus-fueled dinner party, your body either digests asparagus in a way that reduces the concentration of these chemicals, or you can’t perceive the odor.

University of Exeter researchers found beet juice can enhance exercise endurance. According to the 2009 study, nitrates in beets widen blood vessels, reducing the amount of oxygen your muscles need to perform, Reuters reports. In addition to upping your stamina (you can exercise up to 16 percent longer), the research also found a daily cup of beet juice can lower your blood pressure.

Carrots and other orange-and-yellow produce packed with carotenoids can boost your fertility, according to a Harvard University School of Public Health study. While sweet potatoes and cantaloupe melon enhanced the number and quality of sperm, carrots were the real champions of the study, improving sperm performance by 6.6 to 8 percent in participants, the University Herald reports. Your body converts carotenoids into vitamin A and other antioxidants, which helps maintain healthy sperm. Get your swimmers in tip-top shape; load up on carrots.

If you’re a hot sauce fanatic, just make sure you avoid eating it before bed. A study published in theInternational Journal of Psychophysiology found that male subjects experienced poorer sleep after consuming Tabasco sauce or mustard with dinner. Scientists believe capsaicin can affect sleep by increasing your body temperature during the first sleep cycle, so use lunchtime to satiate your spicy fix.

Pomegranate juice is laoded with antioxidants that support blood flow, meaning it has a positive effect on erectile dysfunction, according to research published in the International Journal of Impotence Research. In the study, 47 percent of subjects reported that their erections improved after consuming eight ounces of POM Wonderful Pomegranate Juice after dinner. We’ll cheers to that.

Before you forget, pick up a bushel of tart cherries; the red fruit may protect your brain and slow degenerative brain diseases, according to research from Central Michigan University. When mice with Alzheimer’s symptoms consumed cherry extract, they did better on cognitive tests than when they were fed fish oil or emu oil, the Detroit Free Press reports.

Onions, mints, citrus fruit juice and tomatoes have little in common, except they can seriously irritate the tissue in your esophagus and stomach, causing heartburn and indigestion, according to researchfrom The American Journal of Gastroenterology. Onions and mints relax your lower esophageal sphincter (which keeps the opening between your stomach and esophagus closed), while citrus fruits and tomatoes directly irritate the tissue lining your esophagus and stomach. Try cooking these vegetables, avoiding mints, and consuming citrus fruits whole; juice lacks the fibers and protective substances inherent to whole fruit.

Every guy loves a slab of steak or a beef burger but according to a studyfrom the National Institute of Health, women prefer the odor of men who consume a vegetarian diet. On the last day of a two-week experiment, 17 men wore axillary pads to collect their body odor, which 30 women sniffed and assessed for pleasantness, attractiveness, masculinity and intensity. A month later, the procedure was repeated, only the male participants adopted the opposite diet than before. Women found vegetarians’ natural body odor to be less intense, more pleasant and more attractive. Red-meat eaters, you’ve been warned: beef has a negative impact on perceived body odor.

While foods rich in carotenoids can boost your fertility, eat carrots, pumpkin and papaya in excess and you can change the color of your skin too, according to a studypublished in the International Journal of Food Sciences and Nutrition. Hypercarotenemia (or carotenosis) is perfectly harmless and is brought on by the consumption of foods rich in carotenoids, the Scientific American reports. When your body breaks the carotenoids into vitamin A, a mutation in the process causes your skin to turn yellow. Don’t worry, though, a little yellow skin never hurt anyone.

Too much soy could have unfortunate side effects for men. According to a study published in the Oxford Journal, men who consumed just half a serving of soy-based foods daily over the span of three months had 41 million sperm/ml less than men who didn’t consume soy foods at all (the average concentration of sperm ranges between 80 and 120 million/ml). Researchers believe isoflavones—plant compounds with estrogen-like effects—found in soybeans may be to blame. What’s more, soy beans have even been linked to the development of “man boobs”. This is a hot button topic, so do some research or talk to your doctor if you currently have a soy-based diet, or are becoming a vegetarian.

Nutmeg certainly peppered in some excitement around the holiday season with reports of nutmeg-fueled hallucinations flooding the Internet. The New York Timesreported that a chemical in nutmeg called myristicin is responsible for the psychoactive effects. Side effects from excessive consumption include an out-of-body sensation, nausea, dizziness, extreme dry mouth, and a lingering slowdown of normal brain function; so go easy when cooking, baking, or topping off drinks with the spice.

You may not be too familiar with New Zealand blackcurrants, but you should—their small berries are capable of keeping your brainmentally young and agile, according to a study from the New Zealand Institute for Plant and Food Research. Compounds in the fruit can stave off mental decline associated with aging, depression, and disorders like Parkinson’s disease by regulating chemicals in the brain that affect mood and cognition. You may be more apt to reach for a cold-pressed juice if it boosted your mental accuracy, attention, and mood now wouldn’t you?

If you can’t begin your day without a glass of orange juice, or some fresh grapefruit, you may be increasing your risk (slightly) of developing melanoma, according to research published in the Journal of Clinical Oncology. This is a peculiar association, but hey, it’s backed by science and 100,000 U.S. adults over 25 years. People who drank orange juice at least once a day were about 25 percent more likely to develop melanoma, than those who drank it less than weekly; and those who ate a whole grapefruit at least three times a week had a 41 percent higher melanoma risk, compared to those who never ate it. And while there is no association with melanoma risk and whole oranges or grapefruit juice, researchers explain there are certain “photoactive” chemicals in different citrus fruits that make the skin more sensitive to the sun, and Americans drink more orange juice than grapefruit, which may have allowed researchers to find a statistical link, according to CBSnews.

Muscadine grapes are used to make wine—their seeds and skin usually thrown away as waste during the process—but scientists have found that oil extracted from these grape seeds can reduce fat, according to research from the University of Florida Institute of Food and Agricultural Sciences. The oil is an unsaturated form of vitamin E called tocotrienol that, when consumed, can curtail weight gain because it’s a good source of mono- and polyunsaturated fatty acids. The researchers are hoping help growers produce large quantities of the oil for consumers to use, most likely as salad dressing.

10 FOODS THAT WILL KEEP YOU HYDRATED

Why starving yourself won’t help you lose weight