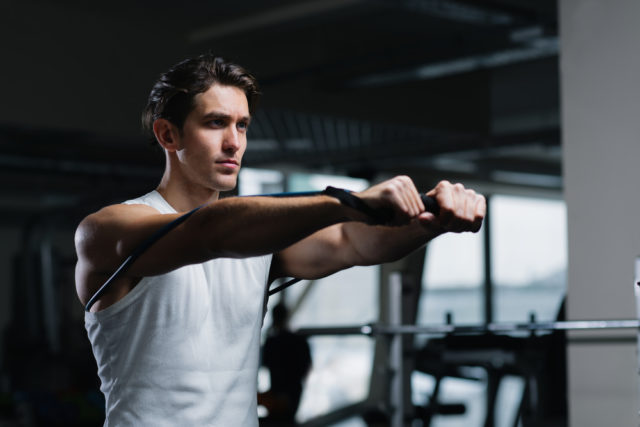 You’d be surprised what can be accomplished with a single piece of rubber. We’re not talking about rehabbing an injury, working on mobility, or dominating a Pilates class, either. We’re talking about building muscle and getting stronger.

In fact, when compared with dumbbells and barbells, there are certain advantages to a flat, thick elastic band. Its resistance increases the more it is stretched through a range of motion. This provides a training stimulus you can’t get with iron. It also means less wear and tear on the joints.

“I’d put band training right up there with any free-weight workout in terms of challenging the muscles and producing gains in size and strength,” says Jim Ryno, a personal trainer and owner of Iron House Gym in Alpine, NJ. “As an added bonus, the elastic resistance tends to put less strain on vulnerable joints like the knees, hips, and shoulders but without sacrificing any intensity or load placed on the muscles. I generally use bands with other barbell, dumbbell, or machine exercises. But I can just as easily create a great workout using nothing more than a rubber band and get absolutely torched.”

Another plus: It takes only one band. Do you have room in your apartment, garage, or home gym for that? Yes, you do. You have room to store it in your desk drawer, in fact. And you can afford it—these things run anywhere from $8 for a single band to $40 for a set of four online. Grab a band, then pick one of the following routines, depending on how much time you have. In 15 or 30 minutes, you’ll experience a better strength, conditioning, and muscle-building workout than you ever thought imaginable.

The following routines were intended to be performed with a single flat loop band. For some of the exercises, you’ll need an anchor—a solid, immovable structure like a post in the floor. And one move calls for a pullup bar, which is technically another “tool.” If you don’t have a pullup bar available, do one-arm rows instead. On all movements, begin with some tension on the band. Don’t start with it loose.

THE 30-MINUTE RESISTANCE-BAND WORKOUTAfter three to five minutes of dynamic stretching, perform all sets of each exercise before moving on to the next. Rest 30 seconds between sets. Between exercises, rest only as long as it takes you to set up for the next move. 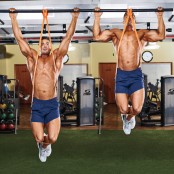 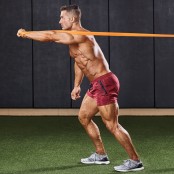 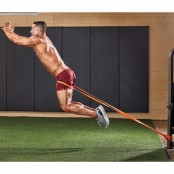 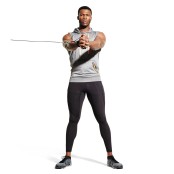 THE 15-MINUTE RESISTANCE-BAND WORKOUTStart with a short warmup of dynamic stretching and light jogging or stair climbing, then repeat the following circuit as many times as you can in 15 minutes, resting a minute between rounds. 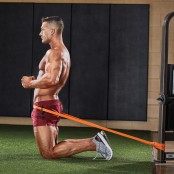 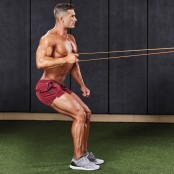 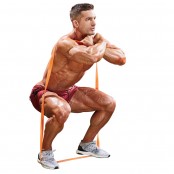 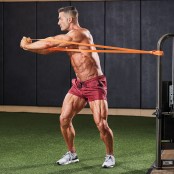 15 per side reps
BY JOE WUEBBEN

The Fit Women Of Tennis.