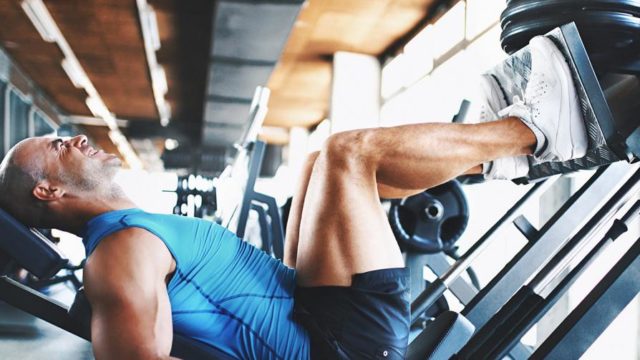 SOME EXERCISES ARE tried-and-true winners, both from a functional standpoint—training movement patterns you use all the time—as well as in terms of muscle activation, as determined in studies like those done by the American Council on Exercise. Still, “fitness isn’t quite so black and white,” says Jessica Matthews, M.S., exercise science professor at Miramar College in San Diego, CA, and senior advisor for health and fitness education for ACE. “You can’t really say, ‘This exercise is horrible, never do it,’ or ‘This is the best to do ever.’” That said, when it comes to these six moves there are some good, science-backed reasons to reconsider them, or swap them out for something else.

When it comes to evaluating any exercise, you first have to ask, “What do you expect to gain from this?” With the upright row, the intention is to train the shoulder muscles. Thing is, when ACE looked at popular moves to see which elicited the most muscle activation for the anterior, middle, and posterior delts, respectively, the upright row came in toward the bottom of the list. Not only that, the position it puts the shoulders and arms in—protracted and internally rotated—can create the risk of shoulder impingement, says Matthews.

Instead: Best to stick to exercises such as the shoulder press and incline row.

Here’s a case where the move isn’t inherently bad, but it doesn’t necessarily do what you think it does. If your goal is to tax the quads, the legs press might have a place in your program. But if you think you’re working your glutes as well, think again. “Both the horizontal and vertical legs press fared pretty poorly compared to squats, lunges, and stepups for the glutes, in the ACE studies,” Matthews says. The seated body position prevents the hips from fully extending at the top of the movement, leaving the glutes largely left out.

Instead: Opt for squats, lunges, and stepups.

In the ACE study, the pecs deck actually fared quite well in terms of eliciting a high degree of pecs major muscle activation. So why does it make Matthews’ hit list? “From a kinesiological standpoint, it puts your shoulders, which become externally rotated and abducted, in a very vulnerable position,” she says. “And especially when you get into the kind of heavy loads wanted to work the chest, there’s a potential for irritating existing shoulders issues or creating new ones.”

Instead: The old-fashioned bench press is much less risky for the shoulders.

Wait, what? Don’t all trainers extol the virtues of planks, planks, and more planks? They do, but not for the reasons you might think. “We’ve taken this exercise from building spine stability and translated it to ‘sculpting the core,’” Matthews says. “But per ACE’s studies, both the front- and side-planks yield relatively low activity from the rectus abdominus and obliques.” And when you hold it a long time—two minutes or more—as with any isometric activity, you build up waste products like lactic acid (that’s the burn you feel) but don’t otherwise get much muscle work out of it. You get much better benefit from teaching your core to stabilize against movement, which is what it’s ultimately designed to do.

Instead: Add in plank variations, such as arm reaches or pressing up and down from forearms to hands.

They ranked No.2 in muscle activation in the triceps per ACE, and they’re pretty functional in the sense that they’re similar to the action of pushing yourself up out of bed or a chair. However, dips require a great amount of shoulders stability. “If you think about it, the ball and socket of your shoulder is kind of like a golf ball on a tee—it can move a lot, but can also be unstable.” If you don’t have the strength in the supporting muscles, you risk impingement of the nerve endings.

Instead: A safer bet for strengthening the triceps: triangle pushups or tricep kickbacks.

Though not on the ACE studies, Matthews doesn’t need info on muscle activation to support her assertion that this machine should continue to collect dust in a remote corner of the gym. First off, people do it because they think it will literally whittle away love handles—impossible, because you can’t target train anything like that. Second (and more detrimentally), biomechanically, loading and twisting your waist puts excessive force on the spine. “You have to look at the potential pros and cons,” says Matthews. “In this case, the cons far outweigh the pros.”

Instead: If you’re looking for rotational core exercises, opt for wood chops with a medicine ball or a cable, which work the obliques and other core muscles while sparing the spine.

THE CORE WORKOUT FOR MAXIMUM RESULTS IN MINIMUM TIME