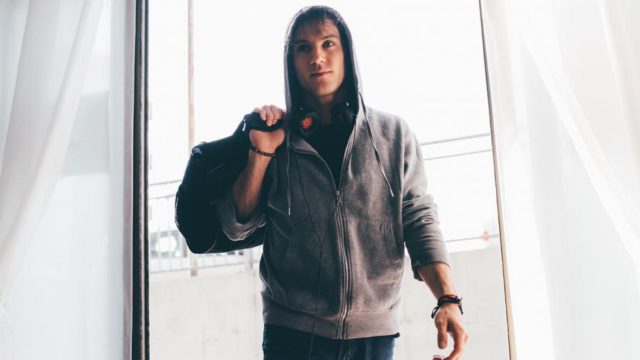 ANYONE WHO STICKS to a regular workout schedule deserves to feel virtuous, so go ahead, give yourself that pat on the back. Now, know this: There are otherhabits that happen after your gym visits that you might want to reconsider, pronto. If you’re looking to bulk up, slim down, or anything in-between, you need to focus just as much on what you’re doing outside of the gym (and even in the locker room.) We’re talking nutrition, hydration—even hygiene. Don’t undo all the good you’re doing by exercising with something as silly as not wearing flip-flops in the gym’s shower (yup, we’re very serious). Find out why, plus six other bad post-workout habits you should avoid.

Going from 60 to zero is almost as bad as the opposite (i.e., not warming up). “Light aerobic work at 20% or less intensity at the end of a workout helps to flush the body out, and is paramount to recovery,” says physical therapist and personal trainer Scott Weiss, D.P.T., C.S.C.S., in New York City. Also worthwhile to aid in recovery: ice baths and compression garments.

Hanging out in your sweaty clothes

The discomfort and rank smell should be enough to convince you that chilling in your own swampass isn’t wise. But if not, perhaps this dermatologist can sway you: “If sweat builds up on your skin, it will clog your pores, not allowing your skin to breath,” says David E. Bank, M.D., assistant clinical professor of dermatology at Columbia Presbyterian Medical Center. “If you have a cut or skin abrasion, bacteria can get trapped in there and can cause an infection.” And (this should also go without saying, but…) don’t rewear sweat-encrusted gear, either. “You can contract both bacterial and fungal infections from rewearing unwashed workout clothing,” Banks says. “The most vulnerable areas are those with hair, as these infectious organisms can travel down the hair follicle, causing a deeper skin infection.”

Walking barefoot in the locker room

It’s another bad habit with some majorly nasty consequences. Unless you like foot fungus, wart viruses, and lord knows what else that’s tracked onto the moist floors—dirt, germs, even feces and urine. So wear flip-flops in the shower stall. Seriously. “After the shower, dry your feet thoroughly with a clean towel, even in-between your toes,” Bank says. “Lay a clean towel on the floor to stand on while dressing so you don’t defeat everything you’ve just done to keep your feet clean.” And, he says, if you’ve had athlete’s foot before and don’t want it again (but it’s so fun!), use an over-the-counter spray to keep the fungi at bay.

Muscles are protein. So if you want bigger, stronger muscles, you should eat more protein, right? Maybe not. “Men trying to gain mass often are already eating plenty of protein throughout the day, and often the next meal is not too far from the last one before the workout,” says registered dietician and personal trainer Joey Gochnour, R.D.N., N.A.S.M.-C.P.T. But what about that post-workout window? “I used to always promote the anabolic window with my clients, but after seeing many people get results without worrying about their meal timing, I realized planning meals and snacks throughout the day so that your total daily nutrient needs are met is most important.” Supplements sometimes have more grams of protein than you need in one sitting. “Research has shown that consuming more-than-required protein just becomes calories that your body stores as fat and carbs,” he says. Check out our protein guide to find out how much protein you need and whether a supplement is necessary.

This one is especially important for endurance athletes, so runners, cyclists, and swimmers, listen up. During a long or intense session, you can sweat off literally pounds of fluids (hey, they don’t call it “water weight” for nothin’). Gochnour has an easy solution for it: Weigh yourself before your workout and after. “For each pound (16oz) of weight lost during the workout, the rule of thumb is to replenish that by 1.5 times with water—so 2lbs lost equals 48oz of water,” he says. Your electrolytes are probably also out of whack, so add in foods (like fruit or anything salty) or drinks (like sports drink, diluted fruit juice, or milk) that contain potassium, sodium, and magnesium, and you can diminish your overall fluid needs slightly. Not only will you feel better for the proper hydration, but you’re less likely to overeat at your next meal. “Many people confuse thirst and hunger,” says Gochnour.

You’re on a workout kick or you’re full-on in training. Can’t stop, won’t stop. But guess what: You really gotta stop and put in some recovery days. “If one does not have adequate rest periods, he is risking performance, injury, and total body fatigue, which has been linked to psychological manifestations like depression or anxiety,” says Weiss. That means when you go especially hard one day, you may need up to two full days to recover before you can perform again at the same intensity and beyond. And when you’re ready to maintain the gains you made, you want to reduce the volume of your workouts, but not the intensity. In other words, go hard but less frequently.

On the other hand, taking a day off doesn’t mean spending it in front of the X-Box. “I believe when the average person thinks about rest, they perceive simply laying down and being still,” Weiss says. “I give the analogy of a sitting pond versus a flowing river; one collects, and one keeps things moving.” Cross-training days in particular are important for reducing the risk of overtraining injury and plain old boredom. “Switch gears, play another sport, then come back,” he says. “This allows you to return both physically and mentally fresh.” Whatever you do, check your competitiveness at the door: Those recovery days should still be that, and not another day of intensity using a different form of exercise.

Instantly Increase Your Bench Press With This Simple Trick.

TRAINING TIPS FROM EVERY MR. OLYMPIA WINNER IN HISTORY

How to party and not get fat

6 gluten-filled foods that are good for you