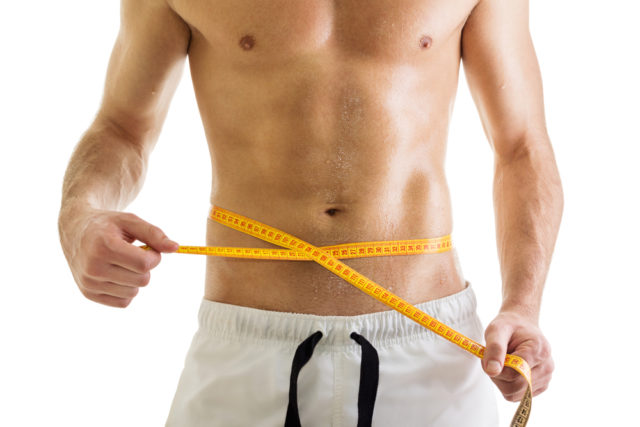 All those crunches and planks will not only give you a flatter stomach—they could also save your life.

People with higher levels of visceral fat (fat stored around organs in the abdominal area) and thigh fat have a higher risk of aggressive prostate cancer, according to a report published in Cancer, a peer-reviewed journal published by the American Cancer Society.

In some cases, men with lower body mass indexes had a higher rate of advanced prostate cancer if their fat was in the abdominal area, compared to those with high BMIs.

For the study, researchers at the Harvard T.H. Chan School of Public Health followed 1,832 Icelandic men for up to 13 years. During that time, 172 men developed prostate cancer—which, in some cases, spread to other parts of the body—and 31 had died. Researchers found that men with high visceral fat and thigh fat just beneath the skin had a higher risk of advanced and fatal prostate cancer.

It’s no surprise that obese people are more susceptible to cancer. A 2016 study by the France-based International Agency for Research on Cancer found that lower fat levels led to a lower risk of most cancers. But the discovery that men with low BMIs could be more at risk than those with excess fat—again, depending on where the fat was stored—did shock researchers.

“The precision of these estimates was limited in this subgroup analysis, but this is an intriguing signal for future research,” said Barbara Dickerman, of the Harvard School of Public Health.

So will working out and sticking to a good diet decrease your cancer risk? Short answer, it certainly doesn’t hurt. “Maintaining healthy weight and regular exercise remain important for a variety of health outcomes,” Dickerman said.

But, Dickerman added, no particular intervention methods were supported by the study’s findings. “But they may help to identify men for targeted interventions and open new directions for future research,” she concluded.