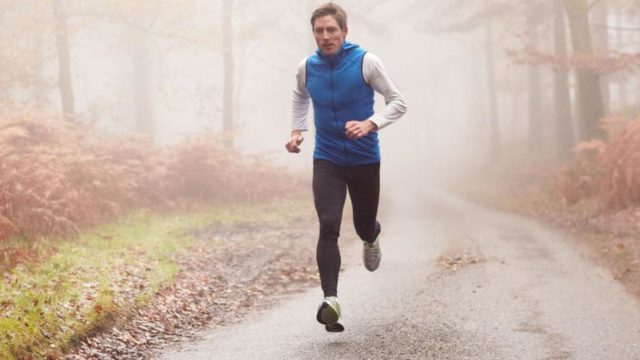 IN 2008, 35% of adults ages 20 and over were overweight and 11% were obese, according to the World Health Organization. Being overweight or obese may increase the risk for cardiovascular disease, diabetes, and cancer. While many factors contribute to being overweight and obese, there’s a single path to weight loss: go to sleep with a negative energy balance—meaning burn more calories than you consume.

Researchers from Spain and Sweden took this principle to the extreme and conducted a study in which people ate very few calories and exercised for nearly nine hours a day for four days. The result: an average weight loss of 11lbs. Here’s how it happened.

The guys did 45 minutes of a one-arm cranking exercise at 15% of maximum intensity, then walked for eight hours at a speed of 4.5 kilometers per hour. During exercise, the participants were allowed to drink as much of a rehydration beverage containing nutrients—such as sodium and potassium—as they wanted. They did this for four days then received their normal daily intake of energy for three days to allow for replenishment of water and stabilization of bodyweight, says the study.

After the four days, each man had lost an average of 11lbs, with about half of the weight being fat (mostly from the trunk) and half being muscle. Researchers followed up four weeks later and found that the guys had shed another 2lbs, on average. After a year, the men recorded an approximate weight loss of 5lbs compared to where they were before the four days of eating practically nothing.

“Calorie restriction may change how our bodies secrete and respond to hormones that control appetite, and it’s possible that’s what caused the men to feel less hungry throughout the day,” says Neal Malik, Dr.P.H., R.D. “If the researchers were to replicate this study, they should consider monitoring changes in appetitive hormones in order to determine the potential causes for the long-term weight loss.”

The researchers did not give the participants any guidelines for lifestyle changes for the year after the test, so it’s unclear why they kept the weight off. Malik says it might be because the participants were motivated by their rapid results to continue their efforts. Since the guys lost similar amounts of muscle mass from protein and sugardrinks, this protocol proved that even protein can’t save gains in extreme diet and exercise circumstances.

The verdict on the four-day diet: It worked but it eats away muscle and it could be harmful in the longterm. When it comes to tackling the obesity challenge, quick fixes are just that: quick. Developing a balanced diet is the key to weight loss.

“A more efficient way to lose weight while preserving muscle status would be to incorporate cardiovascular activity, strength training, and stretching along with a diet that contains approximately 45% of one’s calories coming from complex carbohydrates, 25% lean protein, and 30% fat (mostly monounsaturated and polyunsaturated sources). The goal would be to lose no more than 2lbs per week,” says Malik.

7 MOVES YOU SHOULD AVOID IN YOUR BACK WORKOUTS