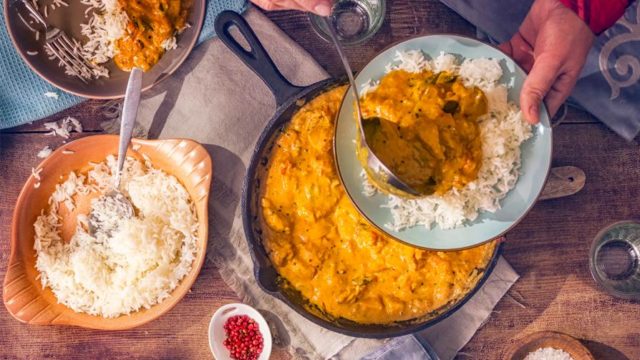 CERTAIN SPICES HAVE long been known to promote better health because they’re packed with phenolic acids and flavonoids—antioxidants that help scrub harmful free radicals from your blood cells and keep inflammation in check.

Indian food staple spice turmeric and its main ingredient, curcumin, have both shown to be powerful antioxidants tied to numerous health benefits. But curcumin has now been found to improve memory and lessen the effects of depression, says a new study from UCLA.

For the research, scientists gathered 40 older adults with some memory issues and gave them either 90mg of curcumin or a placebo twice a day for 18 months. At the start of the study, they gave all subjects a cognitive assessment test and checked levels of curcumin, which they also repeated at the conclusion.

They discovered that those who took the curry spice had significant improvements in memory and attention compared to the placebo folks—about a 28% improvement over the study period.

“Exactly how curcumin exerts its effects is not certain, but it may be due to its ability to reduce brain inflammation, which has been linked to both Alzheimer’s disease and major depression,” said study head Gary Small, M.D., director of geriatric psychiatry at UCLA’s Longevity Center and of the geriatric psychiatry division at the Semel Institute for Neuroscience and Human Behavior at UCLA. “These results suggest that taking this relatively safe form of curcumin could provide meaningful cognitive benefits over the years.”

5 secrets you’re allowed to keep from your girlfriend