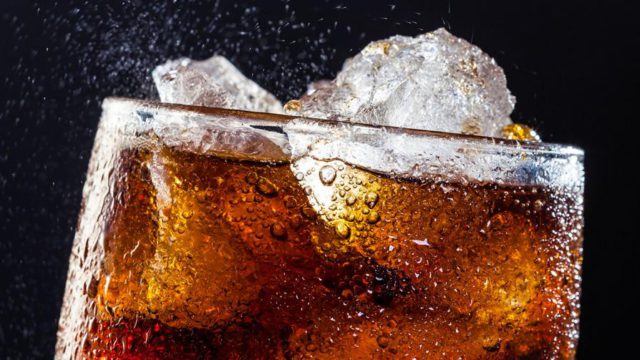 WITH ALL THE recent studies showing that artificial sweeteners in diet soda could potentially derail your weight loss goals, increase your risk of prediabetes, and make you more susceptible to depression, if you haven’t dropped the diet soft drink habit yet a new set of studies should help you make that healthy—and long overdue—decision.

Coming out of Boston University, this newest diet soda downer duo of studies found that, not only may the fructose in regular soda harm your brain, if you decide to switch to artificially sweetened soda you may be flirting with a risk potentially three times greater of having a stroke or developing dementia.

In the first study, researchers looked at data on about 4,000 people who were part of the Framingham Heart Study and consumed more than two sugar-loaded drinks per day or more than three per week—this included fruit juice and soft drinks. For those subjects, they found more evidence of brain aging, such as less overall volume, a smaller hippocampus, and problems with memory. That study also noted that diet soda consumption was linked to smaller brain volume.

For the second study, they looked at a smaller subset of data from older people in the Framingham study who had experienced a stroke or were diagnosed with dementia. Here they found that, although there was no correlation between sugary drinks and dementia or stoke, those who had at least one diet soft drink a day had the three-times-higher risk of stroke and dementia.

“These studies are not the be-all and end-all, but it’s strong data and a very strong suggestion,” said senior author Sudha Seshadri, a professor of neurology at Boston University School of Medicine. “It looks like there is not very much of an upside to having sugary drinks, and substituting the sugar with artificial sweeteners doesn’t seem to help. Maybe good, old-fashioned water is something we need to get used to.”

5 WAYS TO BEEF UP YOUR PROTEIN INTAKE

8 probiotic foods you should be eating