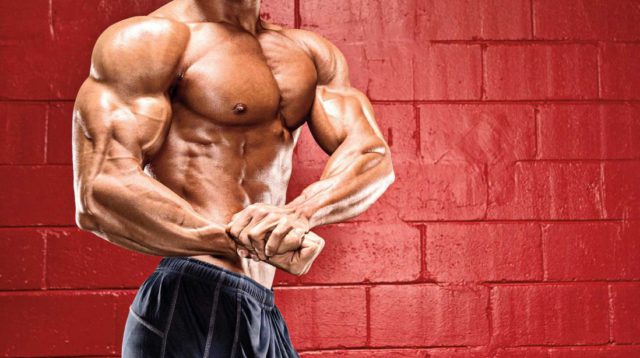 Hands up if any of the following describes how you feel or look lately: Your energy and vitality have been drooping: you’ve seen an unexplained increase in body fat (“What’s that inner tube doing under my shirt?”); you’ve lost muscle mass and/or strength; you have less endurance than usual; the best way to describe your libido would be “nap time at a nursing home.”

If you raised your hand at least twice, you may have a deficiency in human growth hormone. Nicknamed the “wonder hormone,” human growth hormone — also called GH or HGH — is a peptide hormone that’s produced in the pituitary gland at the base of the brain and plays a crucial role in everything from body height, brain function, and skin health to bone density, fat loss, and muscle growth.

Unfortunately, GH production peaks shortly after puberty, then goes on a steady — and, sometimes, rapid — downhill slide from there.

Are you being shorted (so to speak) in the GH department? Let’s find out.

As its name implies, GH is responsible for cell growth and regeneration. It’s crucial for building muscle mass and bone density, but it also plays a major role in keeping all human tissue healthy, including that of the brain and other vital organs. It can even boost your sex drive.

When secreted, GH stays active in the bloodstream for mere minutes — just long enough for the liver to convert it into growth factors, the most crucial of which is insulin-like growth factor 1, or IGF-1. The main driver of tissue growth, IGF-1 synthesizes amino acids and metabolizes fat and protein, which build muscle and burn fat.

In short, if you’re not hacking it performance-wise, GH could be the culprit.

GET AN HGH HEADS UP

Clinical tests are needed to confirm a GH deficiency, but our short quiz [TK URL] can give you an idea of your levels right now. If you find they’re low, there are various lines of attack you can take:

For one, work on improving your sleep quality — it’s then that your body secretes the highest amount of growth hormone.

After that comes exercise. A review of studies published in the journal Sports Medicine found that HIIT and resistance training stimulate GH production.

THE BEST WINES FOR BODYBUILDERS