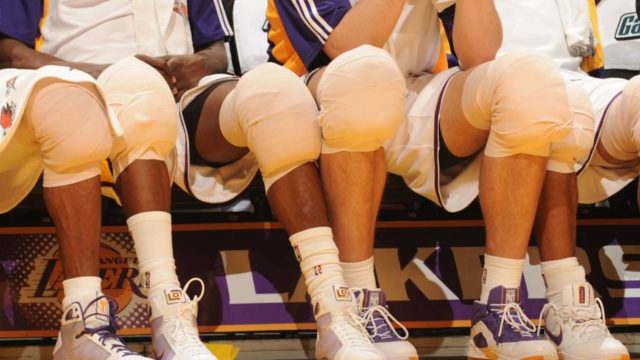 ANY ATHLETE HAS probably been told at one point or another that the best way to recover after a particularly strenuous lifting session, game, or run is to ice the muscles you know will be hurting come the next morning.

But that may not actually be true. In fact, just the opposite may be the case: Warming up your muscles, rather than cooling them down, might be a more effective recovery method, according to new research published in the Journal of Physiology.

Researchers asked study participants work out on an arm cycle at a moderate intensity for an hour, then rest for two hours while eating carbs and leaving their muscles alone. After the recovery period, researchers had them arm cycle at maximum pace for three five-minute intervals to test their power outputs. Participants repeated this process twice during later visits, cooling their muscles to a chilly 60° for the recovery period during one visit and heating them to about 98° during the other.

The scientists took it a step further, testing individual muscle fibers from mice to try and find out exactly why this was the case. The muscle fibers were attached to a machine that recorded their strength, then they were hit with an electric current until they were exhausted. Scientists put glycogen on some of the fibers—the equivalent of the arm cyclists eating carbs during the recovery period—and let them all recover while either warming or cooling them. Finally, they hit the fibers with a current again to see how much strength they had regained. The fibers that were kept warm regained the most strength, but only the ones that were exposed to glycogen. The conclusion? Cooling hurts the muscles’ ability to absorb glycogen from post-workout carbs, while warming helps the muscles absorb those nutrients.

The bottom line for everyday lifters: Keeping your muscles warm post-workout is probably better than cooling them down, but be sure to eat some carbs while you do it.

6 REASONS TO ADD PICKLE JUICE TO YOUR DIET