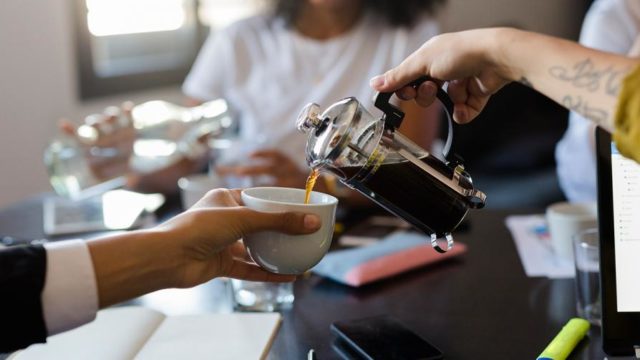 TRYING TO KICK the coffee habit? If you want to live longer, you might want to rethink giving up your three daily cappuccinos. A new study found that drinking coffee could lower your risk of death.

Researchers from the National Institutes of Health gathered information from 229,119 men and 173,141 women who were part of the AARP Diet and Health Study, making this the largest study of coffee.

After 13 years, men who drank two to three cups of coffee a day had a 10% lower chance of dying, compared to men who didn’t drink coffee. Women who drank the same amount had a 13% decreased risk.

Medicine, tried to overcome some of the shortcomings of the previous research. This included taking into account the fact that many coffee drinkers also smoke tobacco, which tends to increase the risk of death.

While this is the largest study to examine the benefits of coffee, more research is needed to determine whether coffee can directly help people live longer.

The beneficial results seen in the study, however, were true for both caffeinated and decaffeinated coffee. This makes that afternoon trip to the coffee shop a little more enjoyable.

RISE AND WORK OUT TO SLEEP BETTER

We Asked 20 Women: What are the worst style mistakes that guys constantly make?

IS ACUPUNCTURE WORTH IT FOR YOUR RECOVERY ROUTINE?