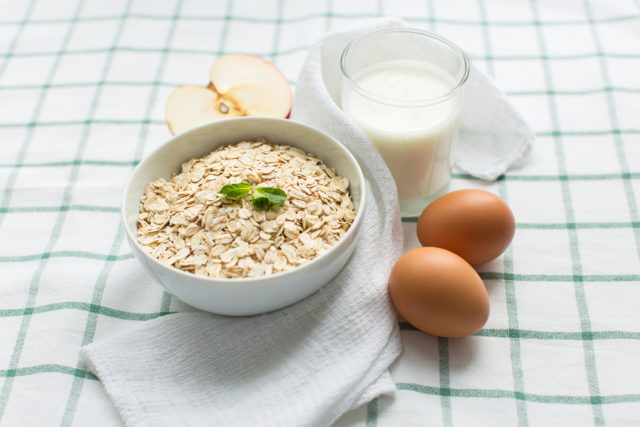 Trend diets have often pointed to carbs or fat as the main culprits of America’s ever-growing obesity epidemic. Atkins and keto followers will tell you to cut back on carbs and focus on fats to unlock the key to rapid weight loss. Then there are those who claim you need to cut the fat of your diet to get thin.

There are several studies to back up both claims, but a new review out of Harvard found that—as the age-old saying goes—quality matters more than quantity. The study, published in JAMA Internal Medicine, found that eating more of a certain macronutrient didn’t raise someone’s risk of death, but eating unhealthy versions of them did.

If you’re following a low-fat diet, be sure to stick to whole grains and non-starchy vegetables, which reduces your all-cause mortality risk by 11 percent. Eating low-quality carbs, like white bread and sugary snacks, increases your all-cause death risk by 6 percent, the researchers found.

“The debate on the health consequences of low-fat or low-carbohydrate diets is largely moot unless the food sources of fats or carbohydrates are clearly defined,” Zhilei Shan, a postdoctoral researcher in Harvard’s Department of Nutrition and lead author of the study, said in a release..

Close to 40,000 U.S. adults were examined from 1999 to 2014 for the study, with periodic check-ins conducted by the researchers. While some of the adults were on low-carb or low-fat diets, the eating regimens themselves did not increase or decrease their mortality risk.

“These findings suggest that the associations of low-carbohydrate and low-fat diets with mortality may depend on the quality and food sources of macronutrients,” the study’s authors wrote.

This study doesn’t necessarily disprove the reported benefits of low-carb or low-fat diets, but it does mean that cooking up a plate of bacon and eggs and calling it “keto” is probably not the best idea.

BUILD MUSCLE WITH THE PUSH-UP CHALLENGE