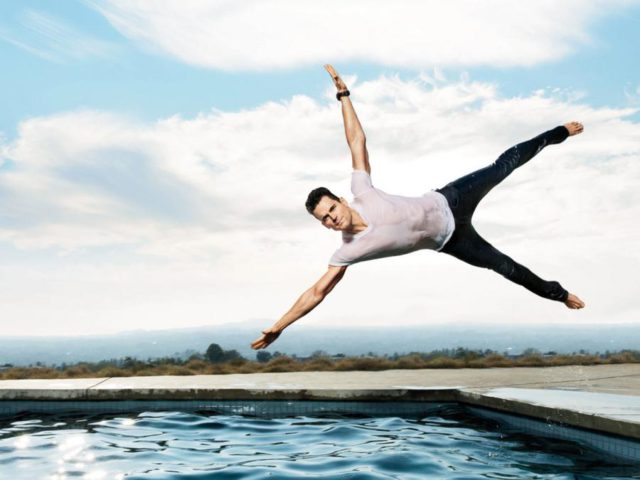 IF YOU’VE EVER TRIED to lose weight, bulk up, or change your body in any way, you know diet is seriously important—maybe even more important than exercise. For American Horror Story: Hotel star Matt Bomer, diet is “80 percent of how he maintains his body.” That’s what he told us during his interview for his Men’s Fitness cover story.

And the actor knows a thing or two about eating right. In fact, he’s studied the subject for more than 10 years. “When I was 27, I felt old. I didn’t feel right,” he said during the interview. “I didn’t feel healthy. I just wasn’t taking care of my body, and I had a body that wanted me to take care of it.” So he educated himself, pouring over books, talking to nutritionists and even going on a fasting retreat.

“In the end, someone is depending on me to show up on their set looking a specific way,” he said, “whether that’s 40 pounds overweight or 40 pounds underweight [which he did for his role in The Normal Heart, by consuming only the bare minimum of calories needed for survival], or looking like a stripper.”

But regardless of the inevitable extreme diet tweaks he makes to fit certain roles, there are some food rules of thumb he follows that are completely realistic for the average guy, too.

1. Learn the philosophy of food combining

It’s basically “all about the enzymes your body uses to break down food and the transit time from when you eat to when you’re done with it,” per Bomer. Essentially, he combines a protein and a vegetable or a vegetable and a starch and he eats fruit on it’s own either 30 minutes before a meal or an hour and a half afterwards. “If you mix a protein and a starch, it’s going to significantly increase the time it takes for your body to break it down, which can be a good thing in some situations.”

Bomer likes to stick with whole food sources like chicken or sardines—rather than whey shakes, unless you’re trying to stack on mass.

Eat a hand-size portion of said protein before a workout and another within an hour after finishing.

4. Modify protein depending on your goals

“The biggest adaptation [I make] is the amount of protein,” Bomer says. “If I’m playing a slender character, I eat significantly less protein than I would on a film like Magic Mike.”

While indulging in a cheat meal every now and then is completely healthy, you want to stick to your diet plan most of the time. Bomer uses tea or sugar-free cough drops in particular to help fight cravings.

How to sprint off your weight

Why some guys naturally have superhuman strength