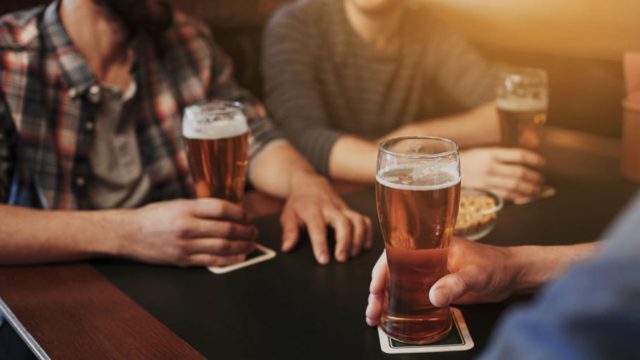 WE ALL HAVE that one friend who every now and then gets a little too tipsy and starts to get a little too sarcastic and a little too “blunt.” The boozy night out that started off fun quickly turns ugly as he gets more and more belligerent the more beers he downs. The next day he is all apologies, and talking about how he can’t believe that alcohol can change his personality so thoroughly. However, new research has found that people who think they change drastically while under the influence are not really changing that much.

The study, which appeared in the journal Clinical Psychological Science, pulled 156 people into a lab who had already completed a survey on how much they drank and what their perceptions of themselves sober and drunk were. They then were divided into groups of three or four friends, and over 15 minutes drank either a soft drink or a vodka mixed drink designed to get their alcohol blood level to about .09, depending on their height and weight.

The groups then performed a bunch of entertaining activities designed to bring out personality traits and behaviors, and then took personality tests. Outside observers were also tasked with watching video of the interactions and giving their assessments of the subject’s personalities. The results showed that those drinking said that their personality changed to a much greater degree than the observers.

“We were surprised to find such a discrepancy between drinkers’ perceptions of their own alcohol-induced personalities and how observers perceived them,” said study co-author Rachel Winograd, Ph.D., a psychological scientist at the University of Missouri, St. Louis. “Participants reported experiencing differences in all factors of the Five Factor Model of personality, but extraversion was the only factor robustly perceived to be different across participants in alcohol and sober conditions.”

THE BEGINNER’S GUIDE TO POWERLIFTING

Get bigger arms by correcting this 1 biceps curl mistake