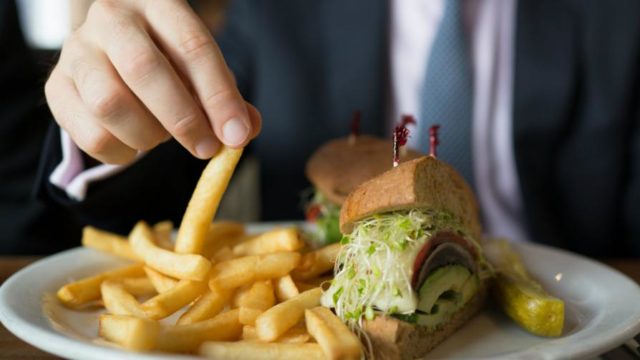 WHO DOESN’T LOVE chowing down on French fries? Those salty, starchy sticks are downright delicious.

There’s just one problem: They’re one of the worst foods you can pump into your body. As a matter of fact, they can be downright deadly.

Eating fried potatoes just two to three times per week is linked to an elevated risk of death, according to a study published in the American Journal of Clinical Nutrition. In the study, researchers monitored the fried potato consumption of 4,400 adults between the ages of 45 and 79 over the course of eight years. During that timeframe, 236 people died.

Overall, the amount of potatoes being consumed didn’t appear to be the direct cause of mortality, but how the potatoes were prepared absolutely did. Those chowing down on fried potatoes, like French fries and hash browns, twice a week or more doubled their chances of death.

Before you start tossing those potatoes in the trash, it should be noted that not all types of tubers and their preparation are bad for you. Potatoes that are boiled, baked, or mashed were not linked to a greater risk of death…although it’s always a good idea to go easy on the bacon and sour cream.

So if you absolutely, positively refuse to give up your weekly spuds, be mindful of the way they’re prepared to lessen the likelihood of an early demise.

44 WAYS TO GET STRONGER NOW