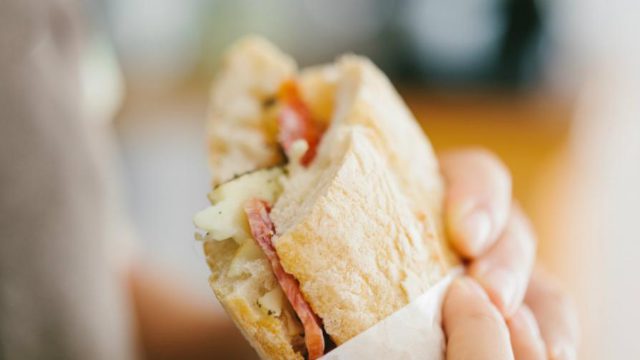 THE WAR BETWEEN the macros still rages on between fat and carbs.

The low-fat craze of the 80s and 90s morphed into a low-carb trend when research suggested replacing fat with carbs helped usher in the current obesity epidemic. In short: Both can be tenuously linked to weight gain and higher rates of early death, according to past studies. But neither should be blacklisted from a long-term diet, researchers say.

Two new studies from McMaster University in Canada, however, may help clear things up.

Researchers found—after looking at data on over 135,000 people from 18 countries—that high-carb consumption is linked to an early death, but that eating fat, fruits, veggies, and legumes in moderate amounts can drop your risk.

In the review, people who made carbs more than 60% of their total daily calories died the earliest, while those who ate enough fat—any kind: unsaturated, polyunsaturated, saturated—to make up around 35% of their daily allotment showed a lower risk of early death. The lowest risk was reserved for those who ate 3 to 4 servings (13–17 ounces or 2 to 3 cups) of fruits, vegetables, and legumes each day.

Interestingly enough, the researchers found eating fruit was more strongly linked to lower risk of death than noshing on veggies, and there’s little to no added benefit of eating more than the three to four servings of healthy food per day, lead study author Mahshid Dehghan, Ph.D., said in a press release.

Smoothies Can Be Health Imposters.

Why do some women orgasm more often than others?