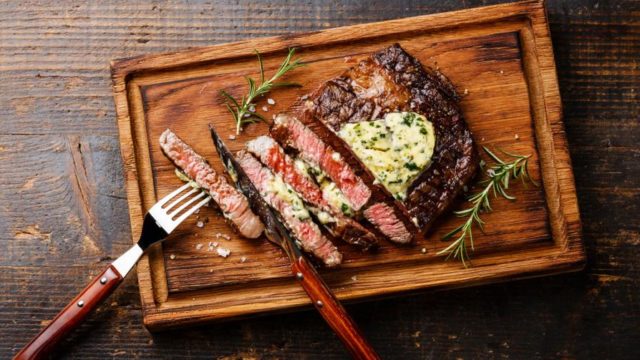 They drank milk with cream on the top, ate whole eggs for breakfast, and enjoyed steak for dinner—all while leading normal, healthy lives.

Yet today, despite all the warnings we’re told to follow regarding saturated fat and its deleterious effects on the heart, cardiovascular disease is more prevalent than ever. We corralled some of our most trusted nutritionists and asked them to dispel the most common myths about saturated fat.

What are saturated fats?

From a very rudimentary standpoint, saturated fats are molecules that don’t have double bonds between carbon molecules (they’re saturated with hydrogen). This means they’re usually solid at room temperature. Some examples include beef, lamb, pork, butter, cheese, and dairy products made from whole or reduced-fat milk.

There’s no single cause of heart disease, but there are a number of major promoters, and I believe the main ones are inflammation, oxidative damage, stress, and sugar, Bowden says. Toxins and viruses may play a role as well. Without inflammation, there’s no plaque—which is, after all, an attempt by the body to “patch up” an injury. Research suggests the hormonal effects of stress—namely, chronically elevated levels of adrenaline and cortisol—have multiple effects on the body, all of them damaging and some of them directly related to heart health, according to a British study done in 2012. While fat has gotten a bum rap, the real villain in the American diet is sugar—and foods that quickly convert to sugar, such as processed cereals, pastas, and breads. It was never fat that was killing us—it’s been sugar all the time, and we’re consuming record amounts of it, unprecedented in human history.

Bottom line: If you’re battling heart disease, you want to watch caloric excess. Going wild on saturated fats isn’t advisable. But if your overall diet is healthy, there’s no outright reason for most people to avoid them.

How did saturated fat get such a bad rap?

In the middle of the 20th century, there was a perceived epidemic of heart disease, Bowden says. I say “perceived” because many analysts have since looked at the data and questioned it. But the fact is that men were returning from World War II with signs of heart disease and rates were higher than they had been. Ancel Keys [a researcher] had investigated the Mediterranean diet and was convinced the reason people [in that region] were healthier was because they ate less saturated fat. [In 1958] he began the Seven Countries Study—the first of its kind to look at the influence of diet and lifestyle factors on heart disease. It purported a direct relationship between the amount of saturated fat in the diet and the rate of heart disease.

Keys was extremely persuasive and managed to get himself a position on the American Heart Association’s advisory committee, and the “diet-heart hypothesis” was born—that is, the theory that saturated fat and cholesterol contribute to heart disease. But recent research has exonerated saturated fat. A 2009 meta-analysis in the American Journal of Clinical Nutrition looked at 21 studies on saturated fat in the diet and hard “end points,” such as heart attacks and cardiovascular disease. After analyzing the combined data, the authors decided: “There is no significant evidence for concluding that dietary saturated fat is associated with an increased risk of coronary heart disease or cardiovascular disease.” So let’s put this myth to rest.

Saturated fats can be stored within muscle cells as intramuscular triglycerides, which can add to that full, pumped-up look when you train, Miyaki says. They can also act as a fuel source during exercise.

If you’re on a low-carb diet, coconut or MCT oil supplementation would promote physical capacity during exercise when glycogen [stored carbohydrates that serve as energy for muscles] is depleted, adds Nadolsky. This is great for boosting endurance, allowing you to push through the last few reps of your set (though it won’t boost peak strength).

What are good sources of saturated fat?

Most of your fat intake should come as a by-product of your proteinintake, says Miyaki. If you get the majority of your protein from wild, hormone- and antibiotic-free animal foods such as whole eggs, salmon, chicken breasts and thighs, and grass-fed beef, you’ll get the essential, monounsaturated and saturated fats you need in the right amounts and ratios. Look at beef: Many people think of it as saturated fat, but 50% of the fatty acids in it are unsaturated—the same fat that almost every health authority agrees you should eat more of because it improves your cholesterol profile.

Saturated fats from healthy, whole foods are no problem, adds Bowden. Malaysian palm fruit oil, coconuts and coconut oil, eggs, even butter are great. I’d prefer if people got their animal fats from healthy animals, as fat is where toxins are stored. So when you eat meat from factory-farmed animals, you’re getting all those toxins that are stored in their fat—whether it’s saturated or unsaturated. Grass-fed meat has far fewer toxins.

How much saturated fat should active guys eat?

I’m not against saturated fat at all, but I still lean toward a carb-based approach for strength trainers, keeping dietary fat at about 20–25% of total calories, Miyaki says. If you’re emphasizing high-quality animal foods like eggs, fish, poultry, and beef—which everyone should be—saturated fats might make up 33–50% of that fat intake. So, something like 10–15% of your total daily calories should come from saturated fat.

It’s very difficult to determine an ideal or optimal intake for saturated fats, adds Nadolsky. Some argue if you drop them too low you’ll lose testosterone [due to saturated fat’s role in hormone production], but depleting them from your diet completely would reduce testosterone to such a small degree that it’s a minor issue. In fact, a 2011 study at the University of Nevada found that sexual stimulation raises testosterone levels three times as much as they’d drop by eliminating saturated fats from the diet.

There really isn’t a minimum, Bowden says. The message to get across is that guys shouldn’t be worried about it, provided the rest of the diet is healthy and high in protein and low in sugar and starch. The overconsumption of vegetable oils—canola, soybean, safflower, corn, etc.—and the underconsumption of omega-3s is a much bigger problem than saturated fat because that imbalance is a huge factor in creating inflammation.