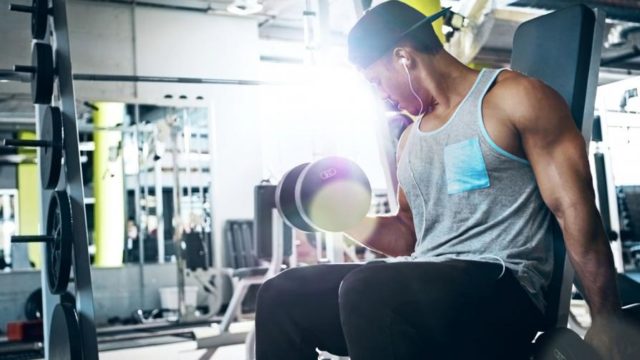 WHEN SHOULD I USE SUPERSETS VS. STRAIGHT SETS?—GREG M., Opelousas, LA

Supersets, in which you perform a set of two different exercises back-to-back with little or no rest, are a great time-saver. Generally, you use them for opposing muscle groups, such as chest and back, so that one area can recover while you train the other one, thereby reducing the time needed to rest.

Last May, the Journal of Strength and Conditioning Research found that subjects who supersetted legs extensions and legs curls also performed better: They completed more reps on the legs extension when the legs curl was done immediately beforehand than when done alone, despite getting no rest in-between lifts. In fact, when the subjects did rest, even up to 30 seconds, they completed significantly fewer reps and were shown to be activating less muscle in their quads. The likely reason? Working an antagonistic muscle group increases the nervous system’s activation of the agonist—in this case, training the hamstrings allowed the quads to work better.

Straight sets (do a set of one exercise, rest, and repeat) have their place when you’re going heavy. You simply need extra time to recover from high-intensity sets of exercises like the deadlift or bench press, so you’ll typically do those moves by themselves. To get the best of both worlds, do your main strength lifts as straight sets and superset your assistance exercises.

4 NATURAL WAYS TO BOOST YOUR ENERGY IN THE WINTER