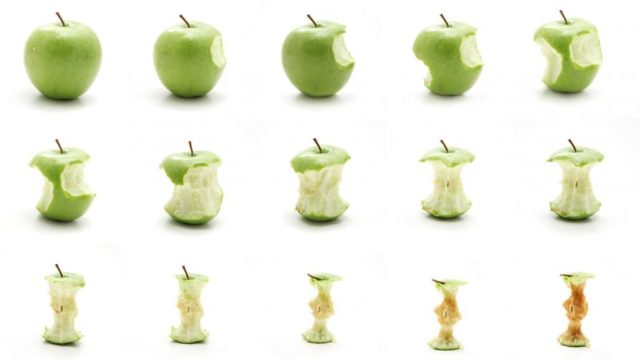 SKIPPING MEALS TO save calories is a sure-fire way to tank your metabolism and sabotage weight loss. Condense those food-free time periods to set intervals, however, and watch the fat melt away.

What is intermittent fasting?

Intermittent fasting really just means a period of eating followed by a period of not eating, repeated over time, explains Krista Varady, Ph.D., an associate professor of kinesiology and nutrition at the University of Illinois at Chicago, who has studied the effects of intermittent fasting on human body composition.

All three types offer the same fat-burning benefits of intermittent fasting. The real differences are just in how long you’re fasting and what you’re allowed to eat during the fast, Varady says. On both whole-day fasting and alternate-day fasting, for example, you consume 500 calories per fast day to spark fat loss but maintain muscle. During time-restricted feeding, however, you’re consuming zero calories during your fast period (water and tea, for example, are allowed). In all types, you’re free to go hog-wild during the feeding window—though, obviously, all nutritionists would recommend you ditch the junk and stick to healthy fare.

About that: People don’t usually binge that much on their feed day. “Most people report they can only eat about 10% more coming off a fast than they normally would—their body just won’t let them overeat,” Varady says. That’s why an increasing number of studies show that intermittent fasting may work just as well as limiting your calorie intake when it comes to weight loss.

What’s the payoff of intermittent fasting?

The main benefit of intermittent fasting is weight loss—fat loss, specifically. “Insulin increases when you eat, and when insulin is high, you cannot burn fat. When you fast, insulin falls, which allows your body to access its stores of food (i.e., body fat) for energy,” explains Jason Fung, M.D., a Toronto-based nephrologist and author of The Complete Guide to Fasting.

Study after study confirms that any form of intermittent fasting will help reduce weight and improve body composition, though the results are probably about the same as you’d see from restricting your calories. One study Varady ran, published in 2017 in JAMA Internal Medicine, found that after dieting for one year, people lost about 5–6% of their bodyweight whether they restricted their calories or tried alternate-day fasting.

Other studies suggest that intermittent fasting may help you lose more weight. One study in the Journal of Translational Medicinefound that fit people who tried time-restricted feeding lost more fat and maintained more muscle than people who ate the same number of calories but over 12 hours instead of eight.

The science is mixed on which is better. What is confirmed, though, is that both methods work.

One advantage of intermittent fasting: helping you retain muscle mass. “When people lose weight, typically 75% is fat loss and 25% is muscle mass. But with fasting, the ratio actually changes so that 90% of weight loss is fat and 10% is muscle,” Varady says.

And because you retain this muscle, your metabolism won’t drop the way it might with calorie-restricted weight loss. In fact, fasting actually boosts your metabolism, says Tinsley. “There’s a misconception that your metabolic rate will decrease if you’re not eating. If you’re fasting, your body views it as a mild stress, so research actually that shows your resting metabolism is actually higher after an overnight fast, and 16-24 hours is the window in which you see the largest increase in fat burn,” he explains.

Plus, time-restricted feeding can help control cravings better than the normal, all-day graze, according to research out of the University of Alabama at Birmingham.

Additionally, alternate-day fasting and whole-day fasting have been shown to not only reduce body fat but also total cholesterol and triglycerides in both overweight and normal-weight people, according to a study analysis in Nutrition Reviews. Because intermittent fasting can stabilize insulin levels—if you don’t eat, your blood sugar will come down—there’s reason to believe it could be a good diet for people with Type 2 diabetes, Varady adds. Research also suggests that intermittent fasting may even help prevent Alzheimer’s and cancer, adds Fung.

All three of our experts agree: There are no real downsides to intermittent fasting. “It’s quite safe in terms of how it affects your health and biomarkers, and it doesn’t lead to eating disorders,” says Varady.

Fung concurs: “We, as physicians, tell people to fast all the time. Prior to surgery, prior to colonoscopy, for ultrasounds, even for fasting blood work, people need to fast and nothing bad happens. There’s no more risk with extended fasting.”

The biggest drawback is irritability—the first five fast days on alternate-day fasting and whole-day fasting are difficult for many people, Varady adds. “[Irritability] subsides after the first week or so, though, after which people actually say they have a boost of energy on their fast day,” she adds.

What if you sneak a few beers with the boys during a fast window? The only real risk of cheating on your time frames is the same as cheating on any diet—you won’t lose weight as quickly as if you had stuck to it perfectly, Varady says.

Who should try it?

Intermittent fasting is safe for anyone to try. If you take medications, especially for diabetes, talk to your doctor first, Fung advises.

It’s important to remember intermittent fasting is an eating plan, not a diet. “People certainly use it as a short-term plan to lean up and that’s fine, but the majority of researchers prefer to think of it as a lifestyle you’d continue indefinitely as an alternate feeding plan,” Tinsley adds.

That means there’s certainly a type of person who won’t fare as well on it. “If you’re the type of person who wakes up ravenous, who loves breakfast, or who loves to snack, this may not be a good diet for you,” says Tinsley. “You won’t want to do something that makes it hard for you to adhere to. If this doesn’t gel with something you enjoy, you don’t need to fit yourself into this box just because intermittent fasting is popular right now.”

Ultimately, if you’re trying to lose fat or maintain a low body-fat percentage, the most important question is whether intermittent fasting is an easier day-to-day eating strategy than counting calories or focusing on macros, Tinsley says.

So: The first two weeks of intermittent fasting will suck. “Like anything else, fasting becomes easier the more you do it,” Fung says. You’ll likely experience side effects (lack of concentration, irritability, headaches, maybe constipation), and you may feel hungry, but you shouldn’t feel weak, he adds. Learn how to cope with these and know that if you can power through the first 7-14 days, you’re golden.

If you can’t decide which strategy is best for you—whole-day fasting, alternate-day fasting, and time-restricted feeding—try each for a month, Varady advises.

Just remember: If you’re trying whole-day or alternate-day fasting, your goal is to eat 500 calories on your fast day—and that’s accounting for 50g of protein (200 calories’ worth) to maintain muscle mass, she adds.

Again: Don’t use your feed days as a free pass to the buffet. “During the feeding period, people should still stick to real, unprocessed foods and avoid sugar,” Fung adds.

Wait, what about working out?

You can still work out on fast days, but stick to low-intensity work and try to get it in toward the start of your fast window rather than the end when your carb stores are totally depleted, Tinsley advises.

Also: Save your fast-day meal till after the workout, Varady adds. “In our studies, people got really hungry after they exercised, so a lot would cheat if they’d already eaten their 500 calories for the day,” she explains.

Save high-intensity interval training and heavy weight training for feed days/during your feed window, if you can, when you have the calories for fuel and nutrients for recovery. But if your training schedule calls for a grueling workout on a fast day that can’t be moved, add the calories burned to your count for the day so you don’t burn through muscle. At 200 or 300 calories, you don’t need to compensate, but if you burn 500 or more on a fast day, instead of just 500 maintenance calories with 50g of protein, eat 1,000 calories with 80g or more of protein, Varady advises.

5 foods you should never eat before a workout

Top exercises women love to see guys do in the gym