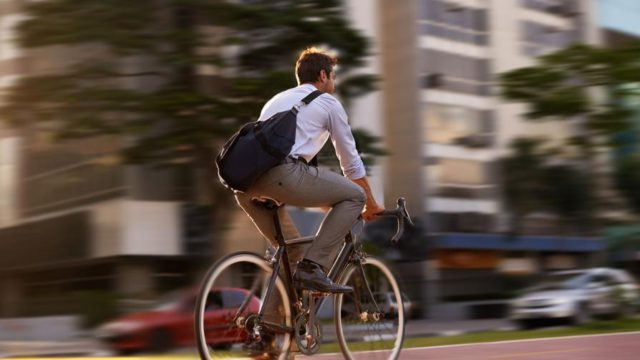 RIDING YOUR BIKE to work consistently has been shown to confer a bunch of health benefits, like a shrinking waistline, better cardiovascular health, and improved mental health. A recent study from Concordia University in Canada has shown that getting back in the saddle can also keep stress levels at work low.

For the study, researchers surveyed more than 100 employees at an IT company in Montreal, asking questions about mood, perceived commuting stress, and how they got to work, with only those people who answered the survey within 45 minutes of arriving at work being considered in order to get a more timely evaluation. Researchers found that those who biked—and didn’t take a car or public transportation—had significantly less stress than the other modes, but didn’t have much of an affect on mood.

“Recent research has shown that early-morning stress and mood are strong predictors of their effect later in the day,” said lead study author Stéphane Brutus, Ph.D., professor of motivation and employee performance at Concordia. “They can shape how subsequent events are perceived, interpreted, and acted upon for the rest of the day.”

Few studies have compared the experiences of commuters who ride bikes against those in a car or taking public transportation, said the study authors. They mentioned that the rising anxieties about traffic and pollution has prompted governments to promote alternative modes of transportation, such as walking and cycling, and more research like this is needed to help push the car into the background.

How to survive long flights without wrecking your body

How to train for your body type