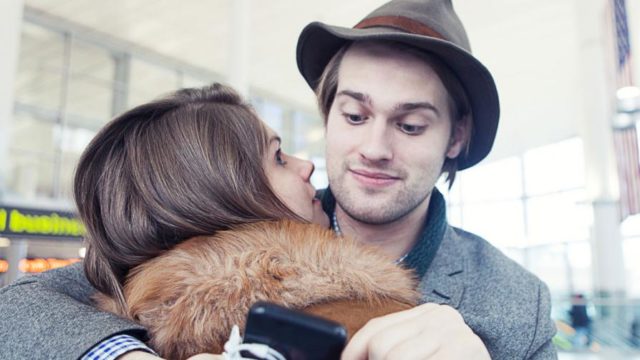 DATING ONE PERSON at a time is enough of a challenge for a lot of guys, let alone dating two people at once. Other than wondering: How do you find the time to date more than one person and still balance your work and personal life? The more intriguing question is: How are you able to get away with it?

Clearly, many men don’t, which the Ashley Madison data breach this summer reminded us after information about the “41,105,000 anonymous users” on the “Life is short. Have an affair” site became public. What’s even more revealing, after a look at the top 100 passwords used on the Ashley Madison site, most of the people must not have been too concerned about their privacy. The top three passwords were 123456, 12345, and password. If you have that much trouble remembering your password that you have to resort to using one of those options, you probably shouldn’t attempt juggling the multiple girls you’re dating. Or you’re just way over confident in your ability to hide your indiscretion.

“I don’t think I’ve ever heard of somebody who’s cheating ever feel they were going to get caught,” Dean Severson, creator and CEO of CheatingSupport.com, which serves as a counter to sites such as Ashley Madison, says. “Let’s face it, most affairs have nothing to do with love. Men and women who cheat are so desperate to get laid that they offer up personal information at some point during the affair. This personal info is a trail right back to your #1 girl.”

So, if you’re thinking about dating multiple women when you’re already in a committed relationship, we’re here to say: don’t do it. However, if you do decide to tempt fate, these are the ways you’ll most likely get caught.

Most gamblers are familiar with the expression, “The house always wins.” Yet, casinos are filled with people risking their money to beat the odds. There’s always that chance that you may win. But at some point, you most definitely will lose. The same goes with cheating, according to Severson. “There is a rush involved in having an affair,” Severson says. “And like any relationship, emotions fade over time. So, to keep that rush alive people tend to push the boundaries of when to talk to or text their other girl. Over time the odds go up that you’re going to get caught!”

2. Deviating from the norm

“Women are intuitive, and we know when something is ‘off’ the moment the situation changes,” Jasmine Diaz, a celebrity matchmaker and dating expert, says. “We know the habits of our guy so well that we could probably recite it better than he can. If he’s doing anything out of the ordinary that he would not typically do, we will take notice. The question is not ‘if’ he will get caught dating two girls, it will be a matter of ‘when’ he gets caught dating two girls.”

3. Information on your phone

“If he suddenly places a password on his cell phone when it has always been password-free, it is very likely he will get caught,” Diaz says. And it may be even easier for your partner to catch you depending on the type of phone you have. For the millions of iPhone users, Siri has the capability to read your text messages out loud. While that feature may save your life when you’re driving, it can also ruin it if your partner has Siri read her your text messages and there’s one (or several) that will leave you in a compromising position. “This tool holds most of all peoples secrets,” Severson says. “I think the majority of cases of somebody getting caught cheating has been because of that darn phone.”

4. Not understanding technology or how social media works

“Social media has been shown to have helped guys pursue their ‘other’ girlfriend,” Severson says. “But it is the same social media that has tipped the hand of either girl in her suspicion of you.” Exhibit A: Anthony Weiner, a former U.S. Representative, who posted a picture of his, uh, last name, on his Twitter page, which he quickly removed and then said his Facebook account got hacked. Wait, what? If you’re thinking that’s not even the same social media platform, that’s exactly the point. If you’re not sure how social media platforms work, you probably shouldn’t be sending pictures of your junk to other women that way.

5. Exhibiting careless behavior around the holidays

The holidays offer an opportunity for you to spend time with your family, friends, and loved ones. It’s also when cheaters tend to communicate with or see their women on the side, according to Severson. “The private investigators available on CheatingSupport.com tell me that cheaters almost always connect with the other women on a holiday,” Severson says. “They say Valentine’s Day is a great day to catch a cheater.”

6. Integrating your mistress into your family life

A friend of Diaz’s caught her now ex cheating on her while she was at work. He even used her car to meet up with the other woman, according to Diaz. “One day, he decided to bring his other girlfriendto one of their children’s baseball games, and was even bold enough to introduce her as ‘daddy’s friend,’” Diaz says. “When the child got home he ended up telling his mom that he had met daddy’s friend and that she was nice. Of course, this was stupid, and she ended up dumping him that day.”

8. Your sex life with your partner becomes nonexistent

Diaz says another way you will get busted is if you no longer want to be intimate with your partner or makes excuses about why you can’t or don’t want to have sex with her. Another telltale sign is when you take a shower before engaging your partner, which most likely will clue her in that you’re hiding something, according to Diaz.

In a day and age when most people have their phones attached to their hands or only a couple of feet away from them at all times, the moment you become unreachable, stop answering your calls, and send them straight to voicemail, your partner will become suspicious. “If you don’t want to be exposed, stop being so secretive and act normal,” Diaz says. “Continue on with your day-to-day activities with no interruptions, and she will not become suspicious. The moment you start doing strange things your girl(s) will take notice.”

10. You can’t live the lie any longer

There comes a time when you’re going to make a mistake and won’t be able to hide your affair any longer, Diaz says. This will leave you with only one option left: to come clean. “The most common way a guy gets caught dating two girls: He tells on himself,” Diaz says. “It is often his own actions that catch up to him.”

ABS WORKOUTS The 8 best ways to switch up your plank

How to cheat your way to more size