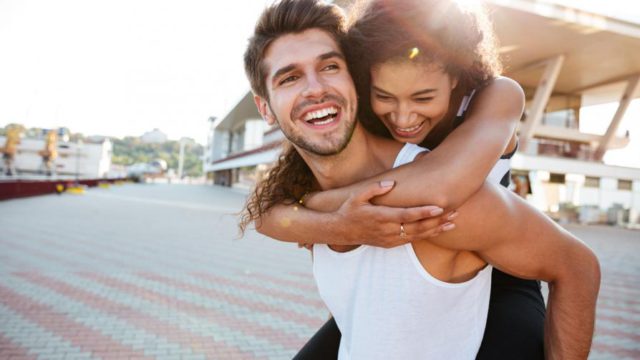 OKAY, SO FIRST things first: We’re not exactly encouraging you to lie to your girlfriend.

“A good relationship is based upon trust, honesty, and intimacy,” says Bela Gandhi, founder and head coach of Smart Dating Academy, a dating consulting firm for professionals. You know the most important things about one another, know in your gut she’s being honest with you, and you can trust her with anything.

Sometimes, though, being too honest can derail a relationship. As our lawyer friends might say: There’s a difference between honesty and disclosure.

“Holding back information is wholly appropriate depending on the context,” says Sarah Jones, founder of the premier dating-coaching company Introverted Alpha. It’s acceptable to keep a secret to yourself when you don’t feel enough trust or comfort to share, and feel it could have a negative consequence on your psyche or reputation. Likewise, you get a green light on keeping your lips sealed if the topic might disintegrate into hurtful, unhelpful detail. That’s especially the case if you’re in the infancy of a new relationship.

You’re not going to share your darkest secrets on a first date or when you’re just getting comfortable around her. But if you’ve been dating a woman anywhere from six months to six years, here’s what’s “better left unsaid”—the secrets that won’t hurt your relationship or be considered deceitful.

1. The number of people you’ve slept with

“Nothing good comes out of revealing the number—on either side—ever,” Gandhi says. A tiny, cynical, self-destructive part of her wants to know. But telling her won’t make her feel good. If the number’s high, she could feel like she doesn’t stack up to your exes—or that you’re a womanizer, even if you’re not. And if you’ve only been with a handful of women, she can feel guilty about her number, or get paranoid you’ll ditch her to have more sexual experiences. (Here’s what to tell your girlfriend if she asks how many women you’ve been with.) If she keeps dogging you about it, explain how her persistence is making you uncomfortable and the number is inconsequential in the grand scheme, because you’re with her and only her. Let the past be the past. But definitely make sure you both get tested for any STIsregardless of how many people you’ve slept with.

2. How great your ex was

So if she asks about your ex, absolutely do not bring up how great the sex was, how much your family loved her, or how bangin’ her bod was. Your girlfriend might wonder these things, but giving her the answer is just cruel (even if you don’t mean it).

3. You think her best friend is hot

Whether you have an innocent crush or just notice your girlfriend’s best friend looking like a knockout, keep it to yourself. “Do not tell your girlfriend this,” Gandhi says. “It’ll lead to bad feelings between you and her, and potentially even with her and her best friend.” You can’t help who you’re attracted to, but you can help whether or not you act on these feelings and what you express out loud. Make your girlfriend feel confident and irreplaceable, not like you could trade her in for her friend.

We’re not saying your confidence can’t waver or that you can’t share your self-doubt with your girlfriend. Having a partner to help pull you through rough spots and inflate your self-image is a big part of being in a relationship.

But if you’re feeling inferior to her brothers or insecure out with her guy friends, fight the urge to always say so. “If you say it too often, she’ll start believing you, too,” Gandhi says. If you always tell her you’re not the man she deserves, guess what? She’ll probably leave to go find him. Unless you really think you’re not compatible, step up and be that guy.

Another important note: If you feel consistently negative or self-critical—and not just because of her, or other guys in your sphere of friends—then it’s probably a good sign to talk to your doctor or a mental health specialist about those feelings. Finding the root of those thoughts, and working to understand why you feel that way, is a vital step in providing a solid emotional foundation for your relationship.

5. You hate someone in her family or friend group

“If you can grin and bear it (especially if she’s superclose with the person), that’s your best move,” Gandhi says. If you’re constantly fighting an imminent meltdown and he/she really pushes every last button, then remove yourself. “Conveniently have ‘something going on’ when she wants to hang out with this person, and asks you to join,” Gandhi suggests. Obviously you can’t do this every time. But “the more you can keep the peace, and let her have her village, the better your life will be,” Gandhi says. Plus, she’ll get to have some quality alone time with this friend or family member, which is something you can highlight.

Better yet: Ask yourself why that person drives you insane. Is it something they do, or is it an opinion about them that you have? And, ultimately, can you find a way to smooth over that friction? If you’re planning on spending a lifetime with your partner, then that annoying person will likely be around for a while—so it’s better to deal with it soon, rather than suffer in the long run.

Now here comes the big caveat in this story.

“There are ‘out and out’ lies that are unacceptable to most people, and will most likely devastate your relationship if you lie about them,” Gandhi says. “Sure, things can feel vulnerable and scary to admit, but if past events compel you to say something untrue about an important matter to your significant other, that’s a signal you need to work through those things until they’re not worth lying about,” Jones adds.

5 secrets you should never keep from your girlfriend

“No matter if a couple’s been dating one month, six months, or six years, a trust needs to develop where sharing intimate details—even embarrassing ones—can be done without fear of the consequences,” Jones says. “If that trust doesn’t develop, holding back may be healthy, but the overall relationship may not be.”

If you find the trust doesn’t grow as your relationship progresses, or you’re walking on eggshells and holding back just to keep her happy, then it’s probably a sign that either there’s a broader, underlying issue that you still need to contend with, or that the relationship may just not be working. That’s okay—just as long as you’re honest about the important things.