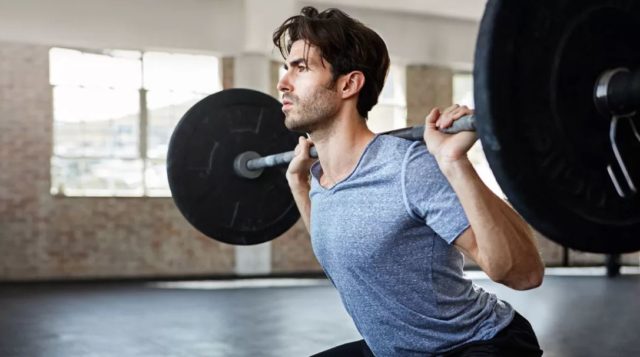 If you’re struggling with depth or have very long legs, wearing Olympic lifting shoes on squat day may help. Many lifters who have issues with dorsiflexion (bringing your toes toward your shin) will have issues squatting to depth with good form. Olympic lifting shoes use heel wedges of varying heights, which will place the feet in a plantar flexion, creating much more room for dorsiflexion as the lift progresses. This will affect the mechanics of the squat by keeping the torso more vertical and allowing the lift to be more leg dominant. 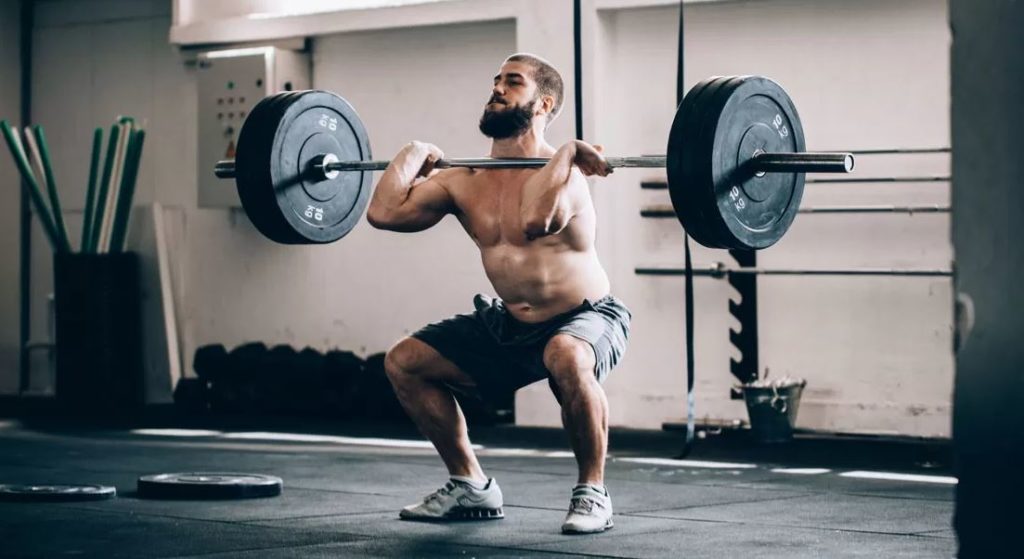 Wrapping a band around your knees can work wonders for encouraging more glute activation. A knee band makes the legs push laterally against the band, to help involve the glutes for external rotation as you go through the lift. An important note: The band will force your legs to work harder, so think about lowering the load significantly (by at least 20% of your typical working weight) when you do these. On the plus side, all the added glute activation will reduce knee and lower back stress. 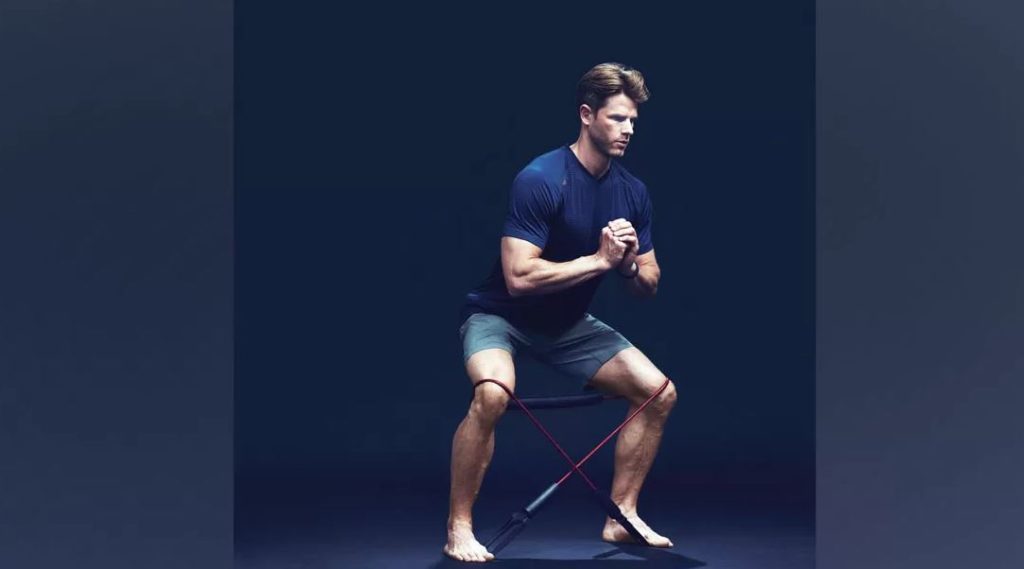 If nothing you do stops you from pitching forward during a back squat, the front squat variation may be better for your biomechanics. Front squats are generally a more athletic squat variation, but front squats let lifters counterbalance the load rather than simply getting “pushed down by it.” You’ll be able to sit deeper and stay taller at the same time—especially if you add Olympic lifting shoes to the mix. Just remember to keep your elbows up! 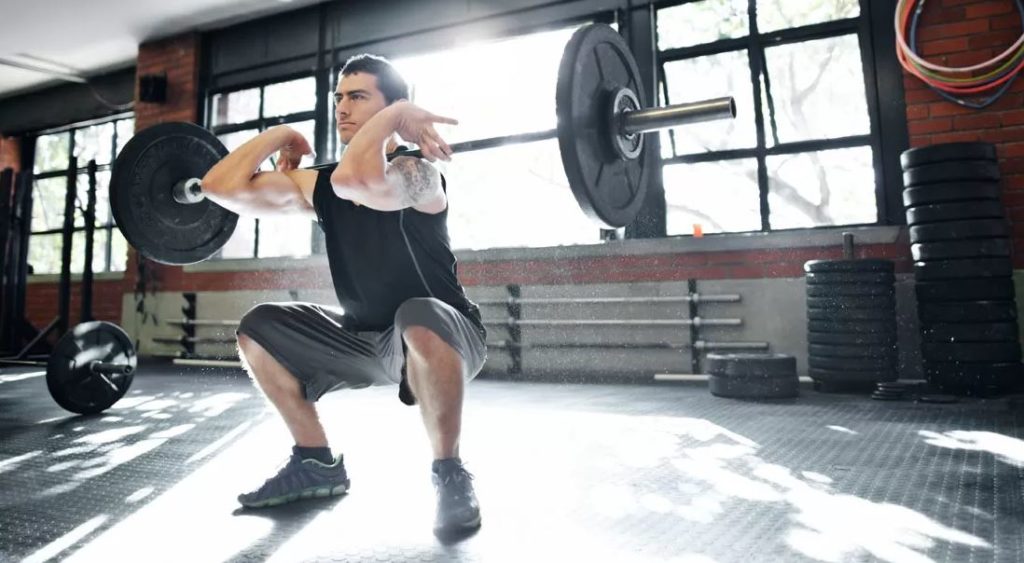 To get a better feel for your form and technique, it’s smart to try eliminating all momentum. Instead of rebounding right out of the hole, slowing your negative rep and making a distinct pause at the bottom is a golden cue to squat deeper, become more stable, and work harder. Paused reps are game-changers for squat training overall, and the second you return to regular squat methods, you’ll feel like a beast. Eliminating the stretch reflex will also make this move safer. Just remember to stay tight when pausing—don’t “relax” at the bottom! And once again, lift less than you normally do… you’ll need it. 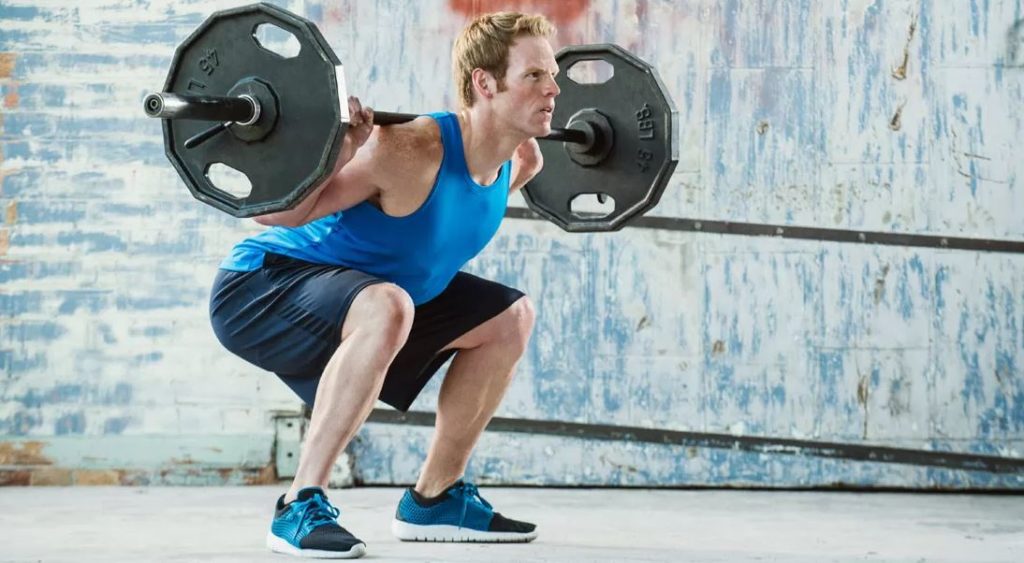 5. Stop Worrying About the Butt Wink So Much

Lots of smart coaches will agree that squatting with a bad back position will be a make or break for your squat safety. As true as this is, it can lead some trainees to look a little too hard at whether or not their spine is exiting an extended (arched) position during the lift. In truth, we need to remember that “butt wink” is only harmful when the back enters flexion. Because many lifters start the squat in an extended position—which, truthfully, isn’t ideal—the butt wink only brings them into a (perfectly fine) neutral position, not a (harmful) flexed position. Lifters who don’t know this often stop the lift short, claiming that they’re “protecting their lumbar spine”, even though they’re only slipping into neutral and forfeiting plenty of available range of motion below parallel. Unless you have very mobile hips, the butt wink is unavoidable. Film a set of your best deep squats. If your lower back is flat as a board at the bottom of your reps, you’re fine. If it’s rounded, you’re not. 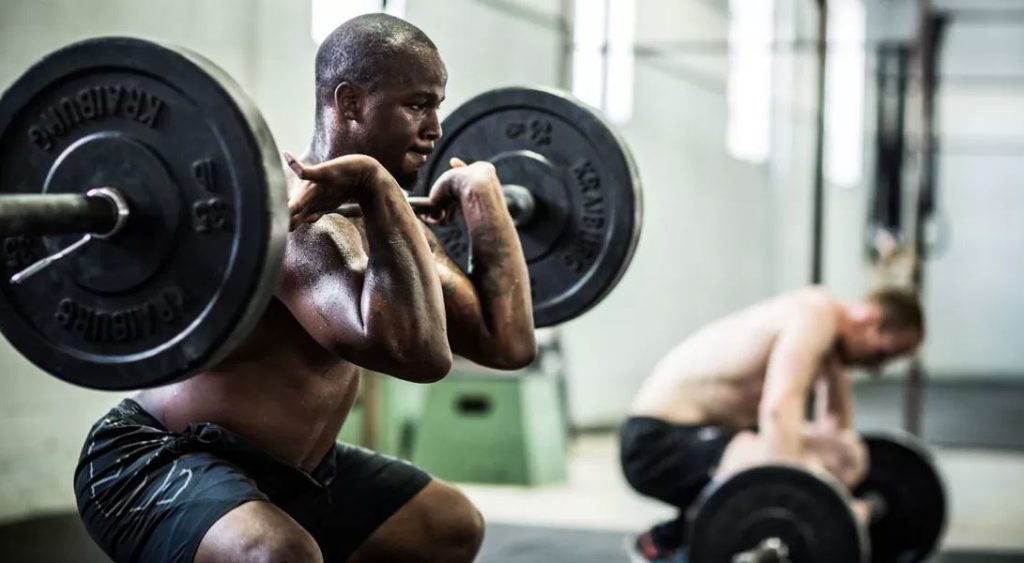