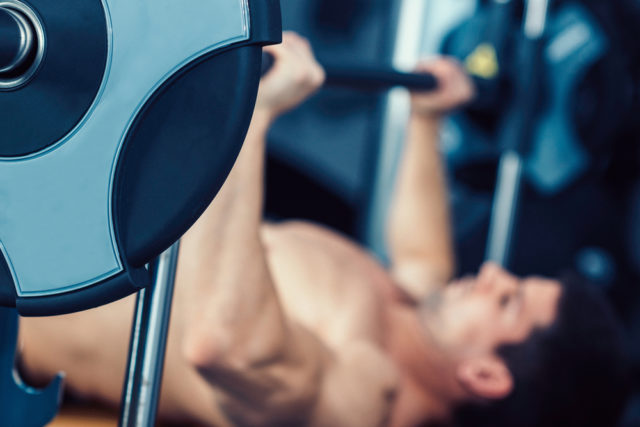 In this era of constant information, many gyms, “experts,” and now social media influencers are doling out misinformation to fitness novices who don’t know any better. In reality, a lot of these so-called experts are doing nothing more than regurgitating things they have heard from those that came before them. This accomplishes little more than transforming fitness myths with no scientific backing or real-world justification into widely accepted “facts.”

One of the areas where this is most rampant is around exercises that are purported to be absolutely essential to making any meaningful fitness progress or strength and muscle gains. The truth is, not only are there no absolutely necessary exercises, but many of these classic moves have alternatives that actually produce far better results.

Don’t get us wrong. These are all great exercises that we encourage the use of in many of our routines, but they aren’t the end all, be all. And for many beginners, the alternatives are a much better (and safer) place to start.

Often referred to as the “king of upper-body exercises,” the bench press is probably the most over-utilized movement in gyms throughout the world. And while it can be an effective pec-building exercise, it’s often abused, performed with improper technique, and done with poundage that is too heavy to optimally affect hypertrophy. For many, the bench press works better for building the front deltoid or triceps—while for others, it just leads to rotator cuff issues.

Try This Instead: The flat dumbbell press provides a better range of motion (ROM) and allows for a greater stretch at the bottom of the movement.

Without a doubt, the barbell squat has helped many build a massive set of quads (think Tom Platz and Ronnie Coleman). But while some have structures that are perfectly suited (mechanically) to optimize this basic movement, many others simply do not receive the same quad-building benefits. More people than I can count have done little more than grow giant glutes from barbell squats, even when using what appears to be excellent form. Others end up with lower back or knee injuries that impede progress in many other exercises or even cut their training careers short.

Try This Instead: The hack squat not only supports the lower back, but also better isolates the quads, while helping to exclude the rear end from the movement.

The barbell curl is a great bicep-building move, but far from essential. In fact, some trainees can’t help but recruit the anterior delts throughout the range of motion, which reduces biceps fiber firing.

Try This Instead: The 90-degree barbell preacher curl allows for total isolation of the biceps and brachialis by locking the shoulders in place and eliminating the chance of using momentum at any point of the ROM.

In my 30 years of bodybuilding, I can count on just two hands how many times I have performed this movement as part of my triceps workouts. While I have nothing inherently against the lying barbell extension, I have never really felt them, nor gotten much out of them. However, I am happy to report that I have managed to build some pretty impressive tris. This is why I strongly disagree with the concept of “essential” or “necessary” exercises, since each of us respond uniquely to different stimuli. I should also mention that many lifters have ruined their elbows by using this movement too often and with too much weight.

Try This Instead: The barbell or Smith machine close-grip bench press is, in my experience, a superior triceps mass builder to the lying extension—while also doing far less damage to the elbow joint.

Both seated and standing, the military press is one of the most basic weight lifting movements. However, it is not essential for building boulder shoulders—and in fact, may not be needed at all. The military press works the anterior shoulders to the greatest degree, which are also greatly recruited during all chest-pressing exercises. This may not only make this movement redundant, but can also be a contributing factor to overuse injuries.

Try This Instead: The wide-grip upright row is another basic shoulder exercise that will recruit not only the front delts, but the lateral heads as well, making it a more complete deltoid muscle maker.

Exercises that move the body through space are excellent for building strength, fitness, and of course, muscle mass. The pullup qualifies as one of these exercises and certainly can be included now and again in one’s workout routine. However, some lifters are not strong enough (or carry too much overall mass) to perform more than just a few controlled repetitions, while others are capable of doing so many reps that they need to add resistance—which is often awkward and uncomfortable.

Try This Instead: Cable pulldowns can be used by any sized lifter and adjusted to all strength levels. Additionally, there are endless handle attachments available that allow you to use pulldowns to emphasize many different areas of the back.

Trainer Q&A: Why does my elbow hurt during workouts?