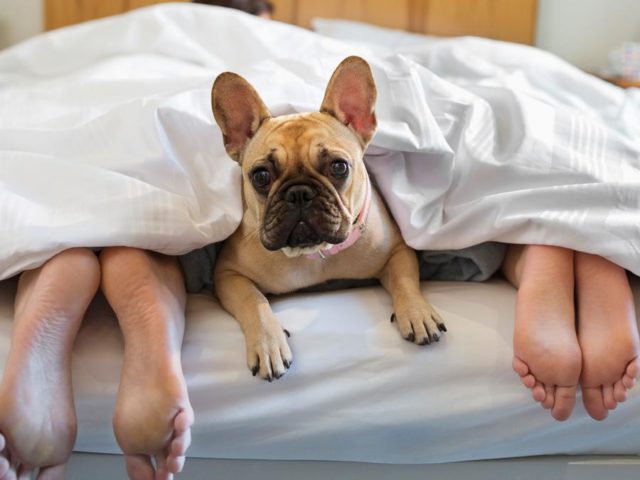 THERE WAS ONCE a time when you and your Psych 101 classmate could go from hitting the books to hitting the sheets without having to define “where this is going”. But if you’re older, somewhat wiser, and still not ready for commitment, what’s a guy to do?

“Post-college, you may still have female friends who really want to get laid but have a hard time finding a guy they can trust with whom to have that relationship,” says relationship expert Natasha Burton, author of 101 Quizzes for Couples. So, if she’s got what you need, but she says she’s just a friend, there may be hope for you yet.

Still, there are many, many ways a “friends with benefits” relationship can quickly turn into a disastrous, friendship-ending fiasco. Check out these tips on how to make sure everyone is satisfied—and nobody gets hurt.

You may already have an idea of which of your gal pals could be game to be friends with benefits. But this isn’t entirely no-strings sex: The string is your friendship. “Be careful not to create a FWB relationship with a girl who has a crush on you,” Burton says. “Even if she agrees to the terms, she may hope that you’ll eventually want a relationship with her.”

Also, avoid family friends and co-workers. You don’t want to make family functions awkward or tarnish your reputation at work. “Women who are open about their sexuality are likely the best bets for FWB scenarios,” says Good Vibrations sexologist Carol Queen, Ph.D. “They can separate physical from romantic attachment.”

A match.com study showed that FWB relationships have been on an upward trend over the past few years. But while these types of relationships are common, they usually don’t last. Further results showed that 44% of FWB situations blossom into real relationships. On the other hand, a Michigan State University study found that 26% of FWBs don’t even stay friends. And check jealousy at the door: San Jose State University researchers reported that 50% of FWB tandems fizzle because one person finds someone else.

3. Set guidelines—and stick to them

You both need to be honest about how you’re feeling to avoid miscommunication. “Communication is key, even when you feel awkward,” stresses Burton. “Set rules that work for exclusivity and anything else, but a) agree to them, and b) stick to them.” The same San Jose State study found that 15% of FWB setups turn sour when feelings develop. “The point is to have fun, and not get attached,” Burton says. “Feelings won’t go away, they’ll get stronger.”

Don’t let sex ruin your relationship outside of the bedroom. This may mean not always going home together, or being comfortable discussing each other’s dating life. “I’ve had a longtime FWB from my hometown and it works because we limit our hookups,” says Lana, 27. “If we’re with mutual friends and one of us is tired, we’ll never ask the other to stay or meet later. You can’t pressure someone you’re not dating.”

If you’re both part of the same friend group, know how to respond if someone calls out you and your partner in crime. Will you be honest? Will you lie? Either way, be in sync. “I had a friend with benefits in my group of college friends,” says Mike, 28. “We always watched college football together, and one day a guy friend straight-up asked us if we were sleeping together. We looked at him blankly and fumbled our words—dead giveaway.”

“Since you’re both less invested in making this turn into a permanent arrangement, think of it as a space to be sexual,” Queen says. “As friends, there’s already a comfort level that makes it conceivably easier to ask for fantasy fulfillment.” Ask her to put on that costume (if you must); the two of you will be able to laugh about it later—just as friends.

Mercedes AMG Performance Tour And Mercedes-Benz Stars At The Festival Of Motoring.