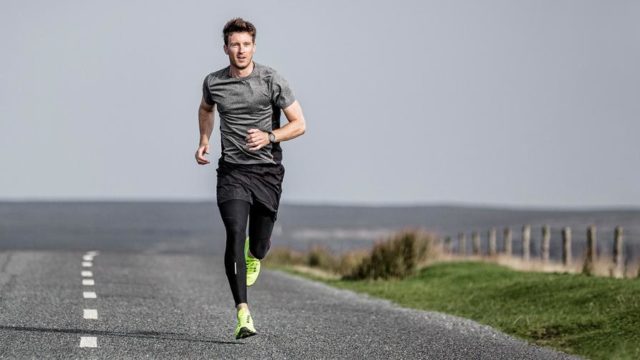 ENDURANCE RUNNERS ARE known for having two things: muscular quads and powerful lungs. But long distance running will do so much more for your body—and mind—than you ever thought possible. Most recently, researchers in Finland found long distance runners are better learners.

In the study, researchers observed the effects of sustained running, high-intensity interval training (HIIT), and resistance training on adult rat brains. Now, before we lose you with the sciency brain talk, the scientists already knew that aerobic exercise positively effects brain structure and function, specifically when it comes to the growth of neurons in the brain. What they didn’t know was whether HIIT or anaerobic resistance training would have a similar effect.

Ultimately, the rats that ran sustained long distances and also had a genetic predisposition to benefit from aerobic exercise had 2-3 times more new hippocampal neurons at the end of the experiment compared to sedentary rats that ran voluntarily on a running wheel. (Resistance training, on the other hand, had no such effect. And the effects of HIIT were minor.) Luckily, the researchers say these results translate to humans, too.

Why should you care? New hippocampal neurons are crucial for learning (think: A second language, a new skill at work, even how to do a new exercise!).

Read on for five more strange, but incredible health perks enjoyed by those who run really, really far.

Mice, monkeys, and humans have something peculiar in common: After a run, a protein associated with improved memory surges in the brain, according to research published in Cell Press. What’s more, another study from the University of North Florida found barefoot running can also boost your working memory. After exercise, barefoot runners saw about a 16 percent increase in working memory performance, measured as their ability to remember instructions, recall directions, and process information. The reason? Researchers believe the extra “tactile and proprioceptive demands” encourage your brain to tap into your working memory more intensively, promoting its function and growth.

2. They have healthy knees (really!)

You always hear how bad running is for your knees and joints; and, in some instances, that’s not wrong (especially if you’re on tough terrain and begin to acquire overuse injuries). But regular running can actually prevent late onset knee pain down the road, according to research from at Baylor College of Medicine in Texas.

Researchers analyzed data from nearly 3,000 participants in a long-term study. After eight years, participants reported on their main form of activity during four stages of life: 12-18 years old, 19-34, 35-49, and 50 and older. If running was one of their three main activities during one of these stages of life, they were classified as a runner. Using this information, knee x-rays (taken twice with a two-year span in between) and participants’ reports of symptomatic pain, the researchers classified 22.8 percent of the runners as having osteoarthritis, as opposed to 29.8 percent of non-running participants.

Not only does this disprove the belief that running hastens knee damage, it also suggests that running can be protective, decreasing your odds of developing osteoarthritis.

All your running friends say a jog makes them instantly feel better after a crappy day at work, and a long-distance run can produce a high (you know, once they get past the first 6 miserable miles). Think it’s bull? It’s not, according to research from Karolinska Institute in Sweden.

The researchers discovered aerobic exercise like jogging changes skeletal muscle and purges the blood of kynurenine—an amino acid that accumulates when you’re stressed and is linked to depression. The skeletal muscle ends up having a detoxification effect that can protect the brain from illnesses. After a run your body also releases serotonin, which improves mood.

Running seems to be particularly beneficial when it comes to staving off cancer, according to research published in the British Journal of Sports Medicine. Researchers observed the health of 2,560 middle-aged men over the course of 17 years. The men who were physically active were the least likely to develop cancer. More surprising: those who ran for 30 minutes a day were the most protected against cancer—up to a 50 percent reduction.

More research—published in the Archives of Internal Medicine study—found runners live longer overall. About 1,000 adults (ages 50 and older) were followed (not literally) for 21 years: 85 percent of the runners were still alive, while only 66 percent of the non-runners were alive.

5. They may be more manly

This one is a little strange, but previous studies found men exposed to more prenatal testosterone have longer ring fingers (4th digit) in comparison to their index finger (2nd digit). Turns out, this masculine digit ratio is also common in men who run marathons, according to new research from the University of Cambridge. Wanna know what else is consistent with the ratio? A higher sex drive and sperm count.

The researchers photocopied the hands of 543 runners (439 men; 103 women) and recorded their run times at the end of a half marathon. The ten percent of men with the most masculine digit ratios ran, on average, 24 minutes and 33 seconds faster than the 10 percent of men with the least masculine digit ratios. The correlation was found in women, too. The top 10 percent ran 11 minutes and 59 seconds faster than the bottom 10 percent. But the phenomenon was much more pronounced in men, suggesting a stronger evolutionary selection for running ability.

What’s more: In hunter-gatherer times, endurance was a desired trait, the researchers explain. So it’s evolutionary sound for women to find distance running males to be more attractive.

Granted, picking up long distance running now isn’t going to make your ring finger grow, but still; the association is there.

Wrist Rockets Are The Future: 4 Of The Most Stylish Fitness Trackers On The...