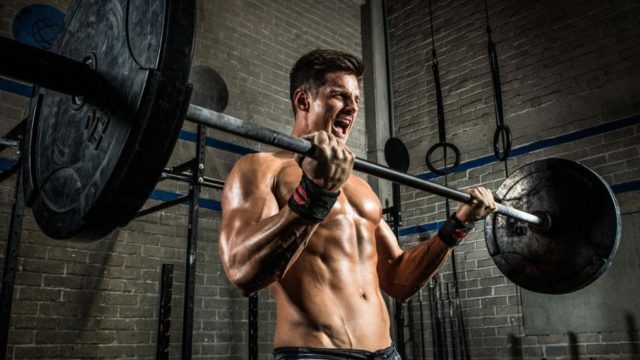 SCULPTING A SIX-PACK is more than a weekend project. To build and, most important, maintain truly enviable six-pack abs, you need to work at it. Every. Single. Day. Now, don’t get intimidated. Even though consistency’s vital to strengthening your core muscles and reducing any fat that’s hiding your abs, that doesn’t mean you have to crank out thousands of crunches every day. Just ask any guy with awesome abs. Here are seven totally doable things guys who have successfully achieved six-packs do every day of the week.

1. Think outside of “abs” work

No disrespect to crunches and legs throws, but men who have successfully built and defined their abs know that, in the end, the core’s job extends beyond the abs mat, says Grant Weeditz, C.S.C.S. a trainer at Anatomy at 1220 in Miami. The core stabilizes the entire body and helps transfer power between the lower and upper limbs—and training it that way yields the best results. “Many great six-pack abs are built using compound movements where full-body stability and power is called upon. The most chiseled out there do explosive compound lifts like those seen throughout the CrossFit and Olympic lifting world,” Weeditz says.

“The clean and jerk and snatch are the two most common barbell lifts falling into that category,” he says. “But recreational lifters can also incorporate exercises like barbell front squats or even dumbbell or kettlebell goblet squats to form a strong anterior chain [think: abs].” Add in some woodchoppers and side-planks to work your core power and stability from every angle, adds certified CrossFit trainer Elisabeth Akinwale, lead coach at BRICK Chicago.

Real abs require real carbs. Whole, quality carbs from foods like whole grains, sweet potatoes, beans, and fruit are what give guys the energy they need to crank out high-intensity workouts, recover properly, drop their body-fat percentage, and, in the end, develop six-packs, says sports dietitian Marie Spano, R.D., C.S.S.D., C.S.C.S. After all, research published in Sports Medicine shows that carbs don’t only boost endurance performance, but also high-intensity exercise performance, which is critical to burning fat and building muscle (aka building a six-pack). While everyone is a little different in exactly how many carbs they need (that depends a lot upon the workouts you’re performing), 1g of carbs per pound of your bodyweight per day is a good starting point for most abs-chasing guys.

Guys with six-packs might not hit the gym every day (thank goodness). But they still make sure to move, and move often, seven days a week, Akinwale says. Your body isn’t meant to be completely sedentary, and even sitting for an hour at a time can contribute to tightness, poor blood and nutrient transport to your muscles, and a sluggish metabolism. That’s why a 2015 meta-analysis of 47 previous studies found that spending a lot of time sitting blunts any benefits you’ll get from hitting the gym. So instead of spending your rest day glued to the couch, and counteracting all of the benefits of your workouts, get in some light activity—whether that’s walking wherever you need to go or just stretching every now and then. “Blood flow is the key to recovery,” Weeditz says. “Any movement that gets your limbs to stretch through a large range of motion at a relatively low intensity is beneficial.”

4. Think of food as fuel

“Sometimes trying to calculate how much food is too much or too little during a day can be confusing and difficult,” Weeditz says. “Instead, most men with six-packs simply consider two things: What did I just do? What am I about to do? If your previous few hours included an intense, legs-shaking sweat-fest, it’s probably OK to have a higher-carb meal with lots of protein and maybe even dessert. If you sat at a desk for three or four hours, you shouldn’t eat much beyond vegetables and lean protein…unless you’re about to climb a mountain after work. Be honest and realistic with yourself, and progress will be made when you ask yourself those two simple questions.”

Who manages to get that much sleep a night? Guys with six-packs. “Sleep is an integral part of a man’s ability to develop a six-pack,” Akinwale says. “Lack of sleep puts the body under stress and has a detrimental impact on metabolism and hormonal balance, resulting in increased appetite and accumulation of abdominal fat.” For instance, in one Annals of Internal Medicine study, when adults who were trying to lean out slept 8.5 hours per night for two weeks, half of the weight they lost was from fat. When they only slept 5.5 hours per night, however, their fat loss dropped by 55%—even though they didn’t eat any extra calories. Meanwhile, 2013 Northwestern University research shows that the quality of your sleep can make or break your workout.

6. Eat protein at every meal

Grab a meal with a chiseled guy and one thing will always be true: He has protein on his plate. And, most likely, ones like turkey breast, soybeans, red meat, and mung beans that are packed with the powerful muscle-building amino acid leucine. Regular consumption of protein is critical to building your core musculature, says Spano, noting that after eating a protein-rich meal your body only builds muscle for about three hours. So, to keep the muscle-building going all day long, you have to eat some protein at every meal.

Guys with six-packs rarely, if ever, eat über-processed foods. Besides the fact that processed foods tend to be high in refined and added sugars, sodium, fat, and other inflammatory chemicals that interfere with any guy’s ability to sculpt a six-pack, calories from processed foods may actually be more fattening than those from whole foods, Spano says. “Refined foods are processed to the point that they are digested more readily and the body can absorb more of their calories,” she says. “And if the body doesn’t need the energy right then, the body stores it as fat for later use.”

THE 6 WORST EXERCISES FOR HEAVY LIFTING