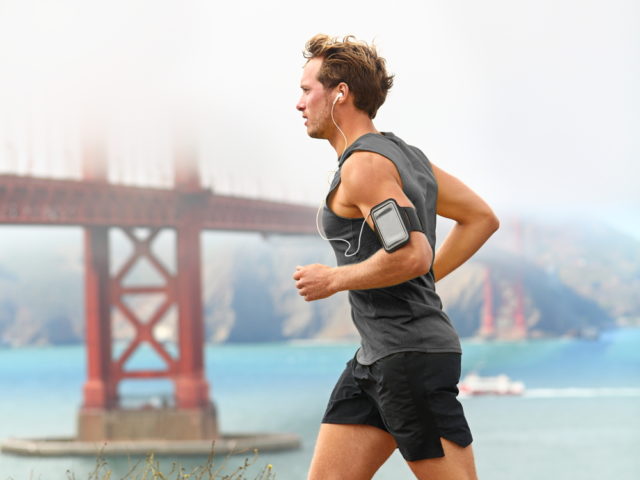 The “dad bod” craze is all the rage right now, and it’s confusing bodybuilders everywhere. Don’t get us wrong, there are plenty of dads out there (ahem, Hugh Jackman) doing work in the gym. That said, this term describes the physique that falls right betweenlean and overweight.

A Clemson University student wrote an essay noting its merits, saying the body type says “I go to the gym occasionally but I also drink heavily on the weekends and enjoy eating eight slices of pizza at a time.” Some consider it a good thing because it makes a person more relatable.

Our stance on dad bods is simple: it’s not the pizza and weekend drinking that’s giving you a dad bod—it’s your mentality. Most guys don’t head to the gym with the goal of looking more like someone’s slightly fit father. That comes from a lack of focus. If you’re going to hit the gym, why not give it your all to reach the goal you started out toward?

If you follow these seven fitness tips, you’ll steadily work your way out of the dad zone.

Weightlifting is the cure for any dad bad.

Numerous scientific studies have shown the benefits of resistance training for decreased belly fat. A 2014 Obesitystudy, tracked the waist circumferences of 10,500 men between 1996 and 2008 and found that the top factor for keeping belly size was weight training. In fact, lifting resulted in double the decrease in waist circumference compared to moderate to vigorous aerobic activity.

You’ve heard this one before but it’s tried and true. According to a 2013 Journal of Strength and Conditioning study, rowers who did four weeks of high intensity interval training (HIIT) rowing burned more fat compared to traditional rowing. Increasing heart rate for a short period of work, say 30-60 seconds, and following that by active rest, usually ends up in more total calories burned compared to steady state cardio.

If you haven’t tried HIIT yet, don’t be afraid, since you set the work rest ratio yourself. Make this essential cardio switch to burn maximum cal

3. Find a Diet With a Cheat Meal

There are several nutrition strategies to help you get lean with cheat meals, this way you eat like a dad bod for a meal and not look like one. Incorporating cheat meals or even days, can actually help your mind get ready for another week or few weeks of consecutive clean eating. Without a nutrition strategy, the average person might start eating for a dad bod without even realizing it. Or on the flip side, too harsh of a diet can cause you to binge once you’ve completed the diet causing you to return to square one (a dad bod).

Two get lean strategies are carb cycling and carb back loading. Carb cycling allows you to more eat carbs on certain days than others with getting shredded as the end result. Carb backloading calls for low carbs for a calibration period, for example 10 days, then eating whatever you want (literally) on the 11th night without gaining any fat.

A 2014 Academy of Nutrition and Dietetics study of nearly 20,000 adults found that adults who eat breakfast,especially ones that include grains, cereals, lower-fat milk and whole fruit/100% fruit juice were less likely to be overweight/obese or have a big waist circumference.

If you find that eating breakfast every day isn’t resulting in decreased cravings throughout the day or overall improved body composition, try intermittent fasting. This way, you’ll break your fast, but it won’t be until later in the afternoon, say between noon and 4 p.m. Then, you won’t again until the same time next day or for another large span of hours.

It’s known that dad bods are not necessarily overweight bods so technically this tip is for everyone, both soft and hard. Walking to work or using public transport was associated with a lower likelihood of being overweight in this 2013 American Journal of Preventative Medicine study.

Instead of taking a cab, choose to walk. And if you’re on a bus or subway, get off a few stops early to walk to your destination. Your belly will thank you.

Spot reduction is a highly debated topic in fitness. Many claim diet and cardio is everything, since weight loss occurs if you burn fewer calories than you consume. We say that if you really want to avoid a beer belly, or a beer belly in training, it can’t hurt to add tension to your abdominal and oblique muscles.

Group fitness classes are a quick and effective way to burn fat. Studios generally offer multiple classes a day so you can find the perfect time for you to hop in and try a class. Many fitness classes incorporate both strength and cardiovascular training so you get a double dose of results in and hour or often, even less.

Contact the fitness class of your choice, or several, ask them to sample a class. If it’s for you, consider signing up for a bunch and going a couple of times per week. You’ll probably meet a fit girl who is not about that dad bod life.

The beginner’s guide to interval training