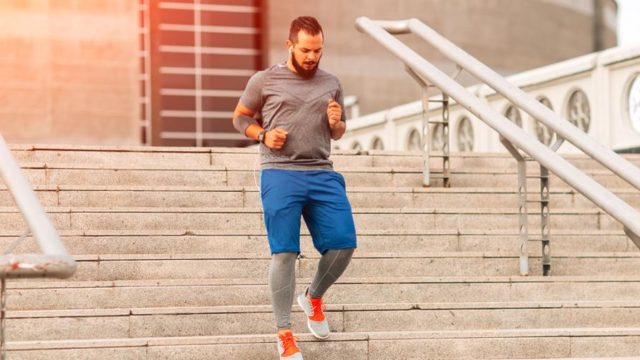 THIS MIGHT COME as a surprise, but fat isn’t inherently a bad thing.

No matter how lean and ripped you’d like to get, the fact is, you need to carry some fat to store energy. Our bodies are constantly fighting to sock away any extra calories.

When people have too much fat—especially visceral fat, which gathers around organs and in other tissues—it can usually lead to insulin resistance, which increases your risk of developing diabetes and heart disease.

But for some reason, some overweight people don’t have insulin resistance. Scientists wanted to know why?

According to one small, recent study, researchers found that about a third of overweight people didn’t have insulin resistance because they broke down fat slower, stored it better, and had less markers for inflammation. Though the researchers aren’t sure why this is, it prompted them to think differently about fat.

“It sounds counterintuitive, but if we can better understand how to store fat more effectively, and why some people are better at this than others, perhaps we can design therapies and preventions that will improve some of these obesity-related metabolic conditions,” saidlead author Jeffrey Horowitz, Ph.D., professor of movement science at the University of Michigan School of Kinesiology.

For their second study, the Michigan researchers asked two groups of overweight people—one group worked out regularly, and another was sedentary—to participate in an aerobic exercise session, and then collected fat samples. That one bout of exercise made both groups’ fat appear to be healthier with more blood vessel growth, which indicates a more efficient flow of blood and nutrients through the tissue. Those who exercised often also showed more blood vessels in the fat.

“We believe that the regular exercise we do now may create a healthier fat-storing environment for those times when we do overeat and gain weight,” said Horowitz. “When people gain the same amount of body fat, those with adaptations to their fat tissue that can more healthfully accommodate the extra fat may be protected from developing insulin resistance and obesity-related diseases.”

Curcumin may boost brain power, lessen the effects of depression

The best dogs to run with