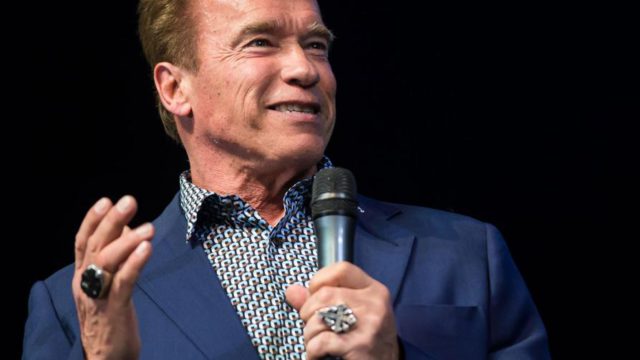 ARNOLD SCHWARZENEGGER, APPARENTLY, is not too busy to dole out some fitness motivation to regular guys. Schwarzenegger, who happens to be pretty active on social media, recently took some time out of his busy schedule to respond to a Reddit thread from a disheartened gym-goer.

Reddit user “Gnashbrowns” attempted a series of lifts starting with squats and ending with deadlifts. Mr. Gnashbrown slapped 55 pounds onto his barbell and went to work. However, he took a couple of embarrassing spills while doing so, prompting him to leave the gym with his confidence hurting much more than his body. You can read his personal account here.

“Someone told me about this. I hope I’m not too late here, I’m traveling, but I wanted to chime in. I always say don’t be afraid of failure, because how far can you really fall? You found out — to the ground. It’s right there. Now you know it isn’t anything that should scare you. You should be proud that you weren’t afraid — not embarrassed that you failed. You could have made excuses not to walk into the door, but you didn’t. You knew it would be hard, and it would be uncomfortable, and it might be awkward — and you did it anyway. That’s courage. I’m proud of you. The last guy I rooted for broke a world record in the deadlift. You have more in common with him than you think. First, he started out lifting just the bar, too (when you look at him, he may have been 3 months old at that point). Second, imagine his courage. He walked up to that bar in front of a big audience and television cameras, knowing that not only had he never lifted that much before – NO ONE on earth had – and it was highly likely he would completely fail. You may not think about it this way, but you showed that courage, on a smaller level. Finally, I’m rooting for you, too. You took the first step and you fell, but at least you fell in the right direction, so get back up and take the next step. Keep moving forward.”

Gnashbrown was stunned to learn that he’d been the lucky recepient of wisdom from Arnold himself, which is clear in his response:

“I’m in total shock right now, but thank you so much Mr. Schwarzenegger. I was completely blindsided by the amount of support /r/gainit showed me, but this something else. I’m going to make sure I come back to this subreddit bigger and stronger to show everyone here that supported me that I stayed on the path and didn’t give up.”

There’s a takeaway for all of us here: Keep pushing your fitness boundaries and never be afraid of failure.

THE TRUTH ABOUT 6 COMMON WORKOUT MYTHS