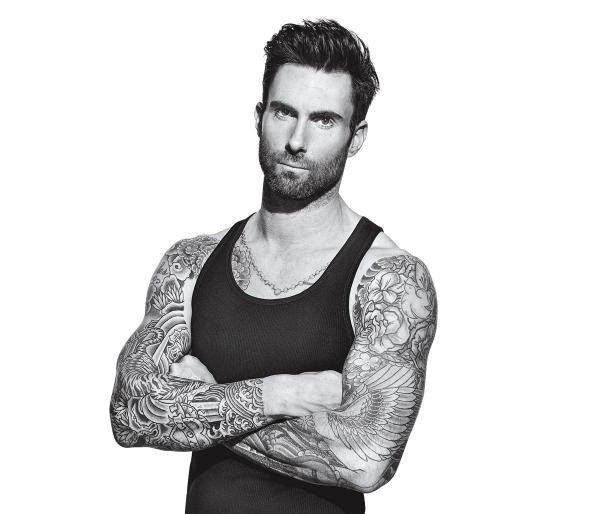 Between touring sold-out arenas with Maroon 5 and coaching NBC’s mega hit singing competition The Voice, Adam Levine has to keep an A-list body with an A-lister’s schedule. His trainer, the L.A.-based Harley Pasternak, accommodates him with this routine—a full-body circuit—which Pasternak says Levine “attacks” to make the most of whatever time he has. Use it to build your own sleek, athletic physique the next time you find yourself on the road or are short on time between appearances—er, appointments.

HOW IT WORKS
“He gets bored,” Pasternak says. “So I designed a circuit workout that’s fast, can be done anywhere—even in a hotel in Tokyo—and caters to his favorite movements,” which are functional but joint-friendly lifts that promote fat loss. These include the incline dumbbell row, reverse lunge, and superman. The workout takes less than 25 minutes.

The incline row works Levine’s lats without stressing his lower back and also strengthens his upper back, improving posture; the reverse lunge helps him avoid wear on his knees (stepping backward is easier on the knee joint than lunging forward, because there’s less risk of the knee moving past the toes); and the superman works the core, strengthening the muscles needed for everything from getting out of bed to belting out a tune.

“He’s certainly one of the most athletic and toughest people I’ve ever worked with,” Pasternak says. “If he weren’t a musician, he’d absolutely have been an athlete.”

DIRECTIONS
Perform the exercises as a circuit, completing one set for each in sequence without rest in between. Rest one minute between circuits, and complete six circuits total.

WARMUP
ELLIPTICAL MACHINE
Reps: Work for 4 minutes
Spend three minutes working at an easy pace to get warmed up. Then lower your body into a squat position by bending your hips back and pushing your knees out. (This will work your legs harder.) Go for one more minute in this position.

1 INCLINE DUMBBELL ROW
Reps: 30
Set an adjustable bench to a 30– to 45-degree angle and lie chest down, with your collarbone past the end of the bench so your chest is supported but your head is not. Hold dumbbells and row them back to your hips, pinching your shoulder blades together.

2 REVERSE LUNGE
Reps: 30 (each leg)
Stand with feet hip-width apart and step back with one leg. Lower your body until your back knee is just above the floor and your front thigh is parallel to the floor. Keep your torso upright throughout the movement. Return to the starting position and repeat on the other leg.

3 SUPERMAN
Reps: 30
Lie facedown on the floor with arms extended in front of you. Contract your glutes and raise your chest and thighs off the floor so that only your hips are in contact with the floor. Hold at the top for a second, then lower your arms and legs.

Become an Animal Tip:
“The most important thing about Adam’s program is not what he does in the gym,” Pasternak says, “but what he does from the moment he wakes up to the moment he goes to bed: He doesn’t sit still.” The singer logs at least 14,000 steps a day on a Fitbit tracker (fitbit.com), which means he doesn’t have to do cardio at the gym.