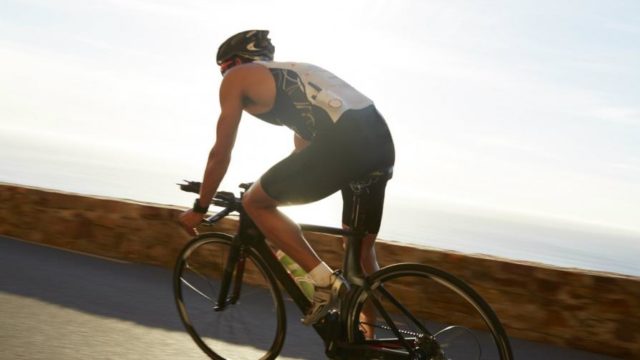 CONVENTIONAL WISDOM HAS long held that skinny cycling saddles put pressure on a guy’s pudendal nerve, which can cause genital numbness, incontinence, and prostate problems. As such, the conventional wisdom suggested that long cycling rides could also hurt a guy’s sexual function. That’s how we got padded shorts, fat saddles, and seats with cut-outs to relieve pressure.

But that so-called conventional wisdom might actually have been incorrect. Extended periods of cycling doesn’t actually hurt men’s sexual function after all, according to a new study published in the Journal of Urology.

The research, which spanned multiple countries, surveyed 2,774 cyclists, 789 runners, and 539 swimmers, giving them thorough questionnaires that delved into sexual health, genital numbness, and prostate problems, while also asking cyclists about kind of bike, saddle angle, use of padded shorts, and type of surface they most often rode on. Cyclists were also divided into groups based on their amount of cycling: Guys who rode more than three times a week and over 25 miles a day were considered “high-intensity,” while “low-intensity” riders didn’t hit any of those metrics.

Scientists found that guys who cycled had similar sexual and urinary health to people who competed in other activities. High-intensity riders were slightly more likely to have urethral strictures, or blockages in the urethra, but they also showed better erectile function when compared to the low-intensity riders.

“We believe the results will be encouraging for cyclists,” said lead author Benjamin Breyer, M.D., of the department of urology, University of California-San Francisco. “Cycling provides tremendous cardiovascular benefits and is low-impact on joints…the health benefits enjoyed by cyclists who ride safely will far outweigh health risks.” He also noted: “We’re looking more closely at those who reported numbness to see if this is a predictor for future problems.”

IS IT OKAY TO EAT A MEAL CLOSE TO WHEN I GO TO BED?