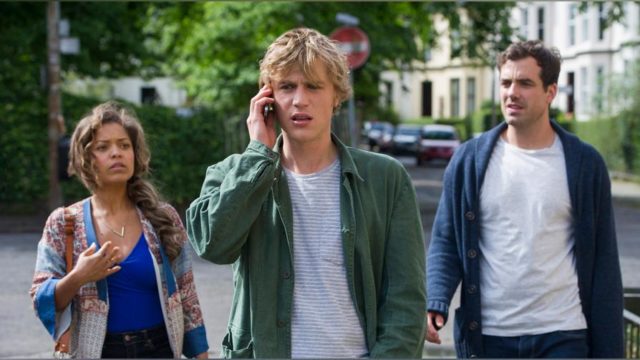 “I HAVE AN STD. WHEN’S THE RIGHT TIME TO BRING IT UP WITH A NEW GIRL?

Is it ideal to have an STD? No. But is it a deal-breaker if you’re an all-around great guy? Of course not.

So relax. Deep breaths. We’ll get through this. And I assure you that—if you educate yourself on your infection, deliver the news thoughtfully and the girl is really worth it—the ending will be much happier than you think.

First off, know this: Having an STD should not be something that defines you. And because of that, I wouldn’t bring it up on the first few dates. (“Hey, I’m Mike, I work in real estate, I have chlamydia.”) If you’ve just met a girl, your sexual health isn’t her business yet. Plus, because it might give her pause, you want to make sure she really gets to know you and like you first. Deliver the news too soon, and there’s nothing stopping her from moving on. Take the relationship slow, and she’ll be more deeply invested. It’s as simple as that.

But just like you don’t want to tell someone right away, don’t wait ‘til things are hot and heavy and you’re reaching for a condom, either. (“I want you too baby…and I had a wart removed last week.”) The best time to bring it up is some point after you’ve made out with her, but before things get so heated that the clothes start flying off. Ideally, there will be a decent sized window (days even) between these two landmarks. And somewhere within that window, you can launch into this:

You: “I like you, and I want to be honest with you before things go any further….”

She thinks, while crapping her pants: “He has kids I don’t know about, he’s married, he’s a convicted felon…”

You: “I have ____ STD [more information about what that means for her that you’ve thoughtfully obtained from your doctor.]”

You: “I wanted to make sure you have had time to think about this before we have sex. I know that it’s kind of an awkward thing to talk about, but I hope if you have any questions you’ll ask me.”

She thinks: “I’m not stoked he has an STD, but this guy is really sensitive and thoughtful.”

STDs are (unfortunately) a part of many, many people’s lives—some stats say over 50%. And while it may slow you down or make you re-think that one-night stand, it’s nothing to be ashamed of. On the bright side, it will make you a better communicator. And you know how much we love guys who can communicate…

Amber Madison is an author, lecturer, sex and relationship expert and dating coach. She has appeared on MTV, VH1, The Today Show, NPR, The Early Show, The Bill Cunningham Show; has been quoted in Newsweek, USA Today, The Wall Street Journal, Glamour, and Cosmopolitan; and writes a dating column for The Metro.

6 WAYS TO AVOID GETTING FAT THIS WINTER

The 10-Minute Cycling Workout That’s Just As Effective As A 50-Minute Routine.