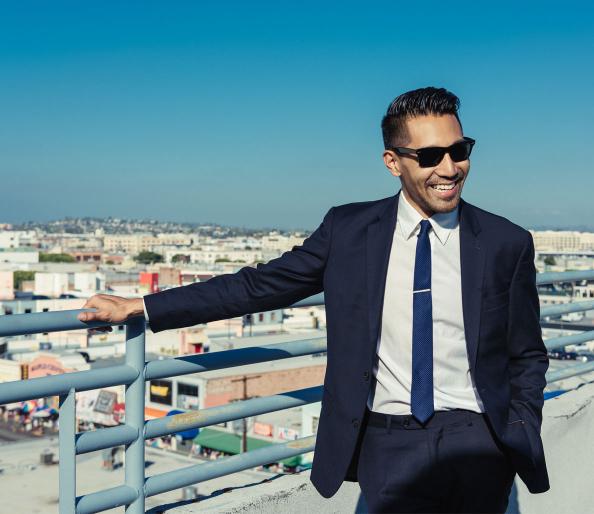 Your best friend’s wedding, your niece’s Sweet 16, a job interview… There are many times in your life when you’re going to have to wear a tie.

And considering you’re not 14-years-old anymore, you need to know how to actually tie it. But don’t fret: whether you’re a tie-tying neophyte, or an executive level professional, we’ve got tips for you to elevate your tie game. Allyson Lewis of The Tie Bar has laid out all the knowledge you need.

Here are four knots that every guy should know how to tie. Don’t forget to practice—you don’t want to be learning to master one of these 30-minutes before that interview for your dream job!

The Four In Hand. 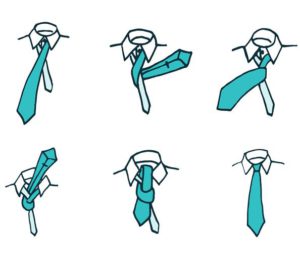 Why it’s great: “The four-in-hand is our favorite, most versatile knot, and easy to learn. We like that it isn’t perfectly symmetrical, and it can work well with a tie in any width,” says Lewis.

Learn how to tie it: Check out this video demo of the Four in Hand.

What type of tie you need: “The four-in-hand works well with any type of tie, but we especially love it with silk ties and knit ties for a look that is classic and polished,” says Lewis.

Which collar looks best: A narrower collar opening such as your classic point, is best with a smaller knot, like a four-in-hand. 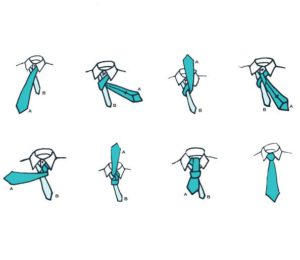 Why it’s great: It provides a clean symmetrical look that is more advanced looking than a regular tie pattern.

Learn how to tie it: Check out this video demo of The Half-Windsor

What type of tie you need: “Medium knots such as a half-Windsor and pratt are easier to tie with lighter fabrications such as cotton and linen and can add a little heft to their look, but we also like those knots with wool ties (if they aren’t too thick for you to tie the larger knot, or if you just have really skilled hands) to play up the fabrication,” Lewis explains. “A chunky knot with a chunky fabrication can be such a great and unexpected look.”

Which collar looks best: “Because this is a medium-sized knot, our pick of collar is the semi-spread for a look that is perfectly balanced,” says Lewis. 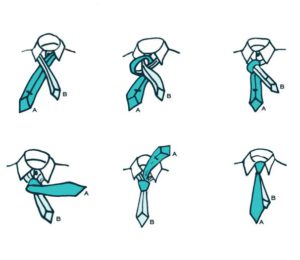 Why it’s great: “This one provides a clean and polished look for medium to large collars,” says Lewis.

Learn how to tie it: Check out this video demo of the Pratt.

What type of tie you need: “Being that the Pratt style is a medium-sized knot just like the Half-Windsor, it is best worn with a tie made of cotton, linen, or wool, which add a little heft (and unexpectedness) to its look,” says Lewis.

Which collar looks best: “It works well with most collar choices, from point to spread,” says Lewis. “Like the Half-Winsor, you could try it with a semi-spread collar for more balanced look.” 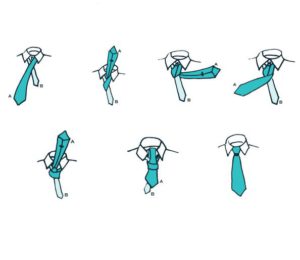 Why it’s great: “It fills out a wide collared shirt perfectly and provides a bold, dominate look,” says Lewis.

Learn how to tie it: Check out this video demo of the Windsor.

What type of tie you need: “We like it best with classic silk woven ties for the more formal look,” says Lewis. “A formal knot should have a formal tie to match.”

Which collar looks best: “Semi-spread collars are our favorite because the opening they create isn’t too wide or too narrow, and can accommodate most tie knots,” says Lewis. “In general, a wider collar opening such as a spread is best with larger tie knots, such as a Windsor.” 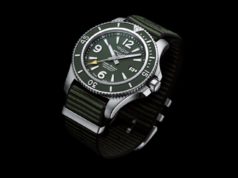