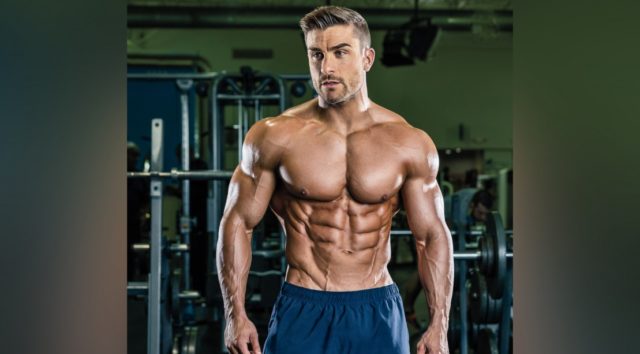 What are you currently doing for your abs? A few finishing sets at the end of your workout? One or two exercises twice a week? The occasional high-rep set? That’s cute. There’s a reason Ryan Terry looks better in boardshorts than you. Part of it is the ruthless, high-volume routine he has adopted to develop the cover-worthy abs you see here.

“I train them twice a week but dedicate my whole hour’s session to my abs,” he says. Let that sink in for a minute. In a world gone Tabata, Ryan Terry spends a full freakin’ hour training his middle…twice a week.

“In the early days, I used to train my abs every single day but quickly learned, with a bit more education, that this was a little excessive and in fact was counteractive, as it meant that I was not giving the muscle tissue enough time to repair between each session,” Terry says.

“Twice a week means that I give my abs enough time for muscle recovery, but hitting them hard during those sessions ensures I maintain that 3-D look.”

For abs like Terry’s, try the following workout, supersetting exercises labeled A and B.*

*Terry performs this workout while fasted. He rests no more than 60 seconds between supersets.

LOOK GOOD AT THE GYM