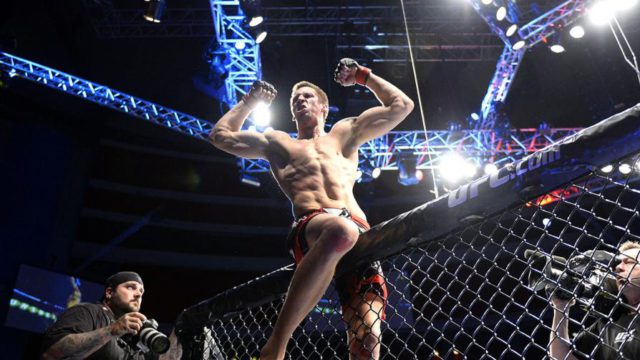 PERFORMANCE INSPIRED IS now the new official sports supplement of one of the biggest sports in the world: the UFC.

Along with the Fueling Station, Performance Inspired will have a place in the world-famous UFC Octagon, and on UFC’s social and digital platforms.

“Inspiring people to be active and healthy is rewarding for me personally, and the charity element of our business is an added benefit,” Wahlberg said in the press release. “It’s one of the reasons we created Performance Inspired, as it’s all about giving back and helping athletes on any level maximize their true potential. UFC athletes need nutritional support, and we’re glad we can fill this necessity.”

“The UFC has the most comprehensive anti-doping program in sports, and we just opened a state-of-the-art performance institute at our new offices, so the health and performance of our athletes is essential to everything we do,” White said. “That’s why we’re partnering with Mark. The reason he’s been incredibly successful is because he does things the right way, so our fighters know his Performance Inspired products are top-quality, natural ingredients that are safe to use and will help them maximize their own performance.”

7 SPORTS NUTRITION MYTHS HOLDING YOU BACK

6 REASONS WHY YOU CAN’T DROP THE FLAB