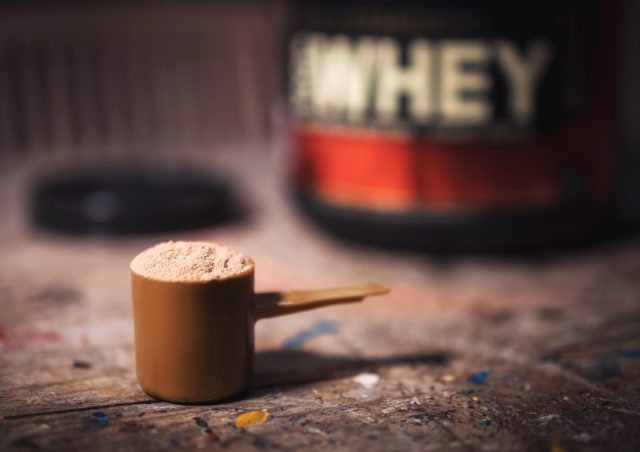 As you progress in the world of fitness. and dive deeper into perfecting your physique and bodybuilding, the subject of “supplements stacking” becomes an important one for you to master.

You need to know which supplements are effective and which works best together.. The technical term for this is “stacking,” and here we will school you on creating some basic stacks for gaining muscle mass, increasing muscle strength, boosting testosterone levels, and dropping bodyfat

We will give you the tools needed to build upon those you’ve already put together, and provide a cumulative effect that further enhances your body abilities to reach the goal at hand. Futhermore your stack isn’t limited to just physical goals; whether it’s getting a better pump from your workouts, having more energy to train harder, picking up your mood, or boosting your growth-hormone levels for packing on muscle mass, there is a stack for it all!

Thirty minutes prior to workouts, make a shake that contains about 20 grams of whey protein, 3-5 g of creatine and 1-2 g of beta- alanine. Within 30 minutes after workouts, make another shake that contains 20-30 g of whey protein and 10-20 g of casein protein, along with 3-5 g of creatine and 1-2 g of beta-alanine.

Strength is another key area of concern for the bodybuilder. But the amount of weight you can lift isn’t just important for impressing your gym buddies Being stronger allows you to place more mass-building overload on the muscles you are training every time you go to the gym.

If there is one hormone every bodybuilder needs to be in tune with, it’s testosterone That’s because testosterone enhances strength, muscle mass and leanness. Therefore, knowing how to keep your levels maximal is critical for your bodybuilding success. Use this supplement stack for optimal levels of testosterone.

Consume 100-300 mg of eurycoma with breakfast, 30-60 minutes before workouts., and before bed. Look for Coleus forskohlii standardized to provide 20-50 mg of forskolin and supplement with it two or three times per day. For carnitine, take 1.5-3 g with breakfast, with your preworkout and postworkout shakes and your nighttime meal. Cycle eurycoma and forskolin for eight weeks, then take two to four weeks off before repeating. Carnitine can be consumed without cycling.

Eurycoma Longifolia Jack | 100-300 mg in the morning 30-60 minutes before workouts, and before bed
Forskolin | 20-50 mg two or three times per day
Carnitine | 1.5-3 g with breakfast and pre- and postworkout shakes, plus nighttime meal

You need to keep your bodyfat low. to show off your hard-earned mass. So many people have a preconcieved notion that bodybuilding is about mass, but it’s not.  Knowing how to stack effective fat burners. to get the most burn for your buck is critical for staying big and lean. Stacking these three fat-torching supplements will keep the fat off and the muscle on.

Green tea extract and caffeine are readily avail- able as supplements; evodiamine is another matter. The good news is that numerous fat-burner supplements stack the three. Look for one that supplies about 30-50 mg of evodiamine, 250-500 mg of green tea extract standardized for EGCG and 100-400 mg of caffeine per dose. Take it two or three times per day before meals, such as in the morning and early afternoon. One dose should be taken within an hour of workouts, as long as your training sessions aren’t too close to bedtime.

Enhancing muscle pump is not just about a quick, temporary boost in muscle size. The “pump” is due to a greater volume of fluid filling the muscle cells. This stretches the muscle membrane, which the cells sense. They initiate cellular events that result in muscle growth to make room for the greater volume. In other words, the muscle pump results in long-term muscle growth. Using the following stack works great with the mass stack for building unbridled mass.

Take 3-5 grams of arginine in the form of L-arginine, arginine alpha-ketoglutarate, arginine malate or arginine ethyl ester without food about 30-60 minutes before workouts, in addition to 2-3 g of either L-citrulline or citrulline malate and 50-100 milligrams of Pycnogenol.

A stack that enhances energy levels would make the perfect adjunct to a strength stack. Greater energyand drive get converted to greater strength. than you thought possible.

When you diet you may notice that your mood takes a nose.. That’s because lowering carbs and calories also lessens levels of the hormone serotonin This can put you down in the dumps, and it can make your cravings get out of hand. Another sad factor of low mood. is that, according to research, it can also depress muscle strength. Taking this stack along with the fat-burning group of supplements we provided can help enhance fat loss by keeping your spirits and strength upand cravings down.

Take 100-500 mg of beta-phenylethylamine once or twice daily, as well as 50-300 mg of Rhodiola rosea (standardized extract yielding a mini- mum 3% rosavins and 1% salidroside; a 3:1 ratio of rosavins-to-salidroside) two or three times per day without food, and take 50-300 mg of 5-HTP in the evening.

Here’s a stack that will work with the testosterone stack we put together for you. This one boosts levels of growth hormone, an anabolichormone that enhances muscle growth and fat loss. Maximizing both testosterone and GH is the best way to stay anabolic. The critical times to boost GH levels are during workouts and while you sleep.

No, you do not need to pick just one of these stacks to use. You can combine them to make superstacks and, yes, you can even stack all four to create a superduper stack.!