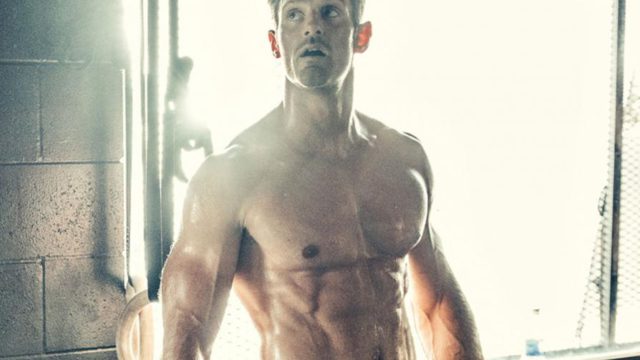 A “MIRACLE DRUG,” the “fountain of youth”—human growth hormone (HGH) has a strong reputation for solving pretty much every health concern a middle-aged man has. Rumor has it, HGH can help you look younger, build more muscle, burn fat, boost your libido—and science says most of these things are actually true.

But that doesn’t mean HGH is right for every guy. We did some digging to find out everything you need to know about the “healing hormone” and help you decide if you should talk to your doc about getting a ‘script.

What exactly is HGH?

Human growth hormone (HGH), often known as just growth hormone (GH), is a peptide hormone produced by the pituitary gland at the base of the brain. The name is on-point: In adolescence, it’s responsible for helping kids get taller. But GH is also a “master hormone,” explains Robert Kominiarek, D.O., a medical director and hormone specialist at the Alpha Male Medical Institute in Springboro, Ohio. That means, even in adults, GH helps balance all other hormones—so there isn’t an area of your health it doesn’t touch.

A healthy supply of GH keeps you healthy psychologically—it maintains your sense of well-being, keeping you happy, engaged, and able to handle stress—and physically, keeping your heart healthy, your cholesterol levels down, inflammation down, bones solid. It even boosts your body’s ability to heal faster.

And by the same token, insufficient amounts of growth hormone have become a contending culprit behind delayed gains at the gym—and taking synthetic GH has been touted as an avenue to help guys get swole.

But there are a few things you should know before you try it.

Do you have a deficiency?

Clinically, probably not. According to a study in Frontiers in Endocrinology, roughly 6,000 new cases of adult growth hormone deficiency (AGHD) are diagnosed each year in the US. To put that in perspective, about 481,000 cases of low testosterone are diagnosed annually. “A true growth hormone deficiency is uncommon, and it typically occurs only in patients who have had damage to the pituitary gland or to the area in the brain that controls the gland, such as from a traumatic brain injury,” explains Susan Samson M.D., Ph.D., medical director of the Pituitary Center at Baylor St. Luke’s Medical Center.

However, your levels of growth hormone decline naturally, starting at around 25 years old and accelerating once you reach 35 when you enter a GH-deprived state called somatopause. Some studies say men lose 14 percent of their GH production per decade, others by up to 50 percent every seven years. According to a study in the Indian Journal of Endocrinology and Metabolism, by the time you’re 65, you generally secreting less than one-third the amount of GH you did when you were 35.

Guys who live a healthy life with low stress, minimal alcohol, and a balanced diet can hold onto their levels a little longer, Kominiarek points out, but over the age of 40, it’s rare to see someone with levels over the 200 marker—which is why spending the same amount of time in the gym can deliver sub-par results at that decade in your life.

How do you find out if you’re deficient?

Unfortunately, the symptoms for low GH are pretty similar to a middle-aged guy feeling depressed and fighting against time’s effect on his body: physically, you’ll lose lean muscle mass, gain fat around the middle, have aching bones and joints, and feel a strong need to sleep during the day. Your hair will thin, and skin will sag. Psychologically, you’ll feel more irritable, less motivated, more inclined to avoid social situations, more tense, and more easily stressed. You might experience a lack of libido or a worse memory. In addition to these symptoms, Kominiarek adds, any issues with heart disease or high cholesterol can also be a further red flag for deficiency.

Sound eerily familiar? Ask your doc to run a test. After all, GH deficiencies in adults have been linked with cardiovascular, neuromuscular, metabolic, and skeletal abnormalities, as well as earlier death, according to a study in the Indian Journal of Endocrinology and Metabolism—so it’s definitely worth checking out. But remember, it’s unlikely that you have a severe case—and there are plenty of other factors that can make you feel all-around crappy.

Because growth hormone has a very short half-life, you’ll want test for other related issues too—potentially insulin tolerance, arginine levels, insulin-like growth factor-1 (IGF-1), and IGF-binding protein3 (IGF-BP3). “Ideally we want a guy’s level to be around 300 at any age—that’s the healthy youthful level,” Kominiarek adds.

Do you have to be deficient to take a supplement?

The only way to obtain a safe supply of synthetic growth hormone is with a prescription from your doctor, and they’re not going to write you a ‘script unless your tested levels say you need it.

Yes, you can score the stuff on the black market without your doctor’s help. In fact, both Kominiarek and Samson say they’ve had patients admit to taking GH obtained illegally, typically online from places like China.

One really important note: Because GH is a peptide, it must be injected to have any effect. Any GH packaged in pills or creams are 100% scams. And we can all probably agree the risk of injecting yourself with a substance you bought online probably isn’t worth whatever potential gains you’re hoping for—so put the sketchy needle down, dude.

What are the benefits and risks from taking HGH?

“FDA-approved synthetic growth hormone is identical to naturally-produced growth hormone,” Samson says. “It behaves the same and is just as safe.”

People with clinical deficiencies, in general, see great benefits from receiving supplementation. “There’s a synergistic effect to getting your levels of the master hormone on track—you’ll see a benefit across so many hormones and therefore have a higher quality of life,” says Kominiarek. That comes in the form of physical improvements (better muscle mass, less fat retention around the abdomen, healthier bone density) as well as psychological (less irritability, less social isolation, more motivation).

But can healthy people score these perks by loading up, too? That’s where it gets tricky.

For starters, there is slim-to-zero research on what happens when guys with already healthy levels start taking extra GH.

We do know that if you boost too much, you risk acromegaly—the clinical disorder of having too much growth hormone in the body. Acromegaly causes a thickening of the bones in the jaw, forehead, and hands—your hands start to look like lobster claws, your forehead protrudes out like a caveman. This is sometimes seen in the bodybuilding community, and what has given GH a bad rap, Kominiarek points out. “It’s normally taken in large doses alongside anabolic steroids, among other things,” he adds. But that’s after years of overuse, Kominiarek adds. “Taking normal levels—one, two, three units—you’ll only see the positives, and any minimal side effects, like swelling of the ankles, muscles aches, bone aches, can be mitigated by reducing your dosage.”

As for long-term health effects of just-above-healthy levels of GH, the science is sparse. What studies do exist pretty much contradict one another. Some say decreased GH levels are detrimental to longevity. Others say high levels are what shortens your lifespan.

And even though GH has a reputation for supercharging your gymgains, it may not actually be the muscle potion you imagine. Researchers at the Santa Clara Valley Medical Center in San Jose conducted a meta-analysis on studies with non-deficient athletes, 85 percent of whom were male. After receiving growth hormone injections for 20 days, the athletes gained almost five pounds of lean body mass. While that’s a good bit of muscle to pack on in just three weeks, it didn’t actually make the guys stronger or more fit. In fact, in two of the three studies, non-deficient men taking hormone replacements had higher lactate levels during exercise, suggesting taking the hormone unnecessarily could actually decrease your physical fitness.

Is it worth getting tested?

Sure, if you want to.

But there’s an even bigger roadblock if you qualify for low GH: Synthetic growth hormone is really, really expensive. It’s often not covered by insurance, so guys who have a ‘script for the stuff are shelling out at least $600 a month, and probably closer to $1,000. So yeah, it might deliver slight gains in muscle, reduction in fat, and a significant boost to your well-being (albeit along with potential long-term detriment)—but you’re going to be paying out the ass for the vial.

What can you do without a prescription?

A cheaper and guaranteed safer bet? Boost your levels naturally. Whereas there is potential risk in too much artificial GH when you’re not deficient, boost production naturally and you can trust your system will balance it. “Our bodies knows how to regulate to keep things in control,” Samson adds. Here are a few ways to boost your HGH naturally:

“Good sleep hygiene is crucial since sleep is when you secrete the highest amount of growth hormone,” Kominiarek explains. The power is really in slow-wave sleep, since roughly 70 percent of the GH pulses in men occur during this stage, according to a study in theIndian Journal of Endocrinology and Metabolism. That means you need to minimize habits that are thwarting your body’s ability to enter the stage of deep sleep, like screen time before bed, caffeine too late in the day, and these 7 Ways You’re Destroying Your Sleep Cycle.

The absolute best way to boost your growth hormone levels naturally is exercise, says Samson. “Growth hormone is often called the fountain of youth, and I can spot an older person who exercises regularly from across the room. It’s not just that they are more toned and at a healthy weight, but they actually look younger, their skin is healthier—all because growth hormone affects how you age,” she adds.

But wherein most guys head to the weight rack to build muscle, it’s really aerobic exercise that delivers a boost in the hormone, according to a study in Sports Medicine. Most effective is repeated bouts of aerobic exercise within 24-hours, the researchers say, so hitting the gym in the morning and taking a walk or bike ride at night.

Remember, your goal is essentially hormone optimization. A major factor in off-balance hormones? A diet of junk food. It’s nothing you haven’t heard before: “Eat healthy—lean proteins, plenty of fruits and vegetables, healthy fats like nuts—and stay away from processed foods,” Kominiarek says. Clean it up.

4. Get all your levels tested.

Your hormones are all connected, so if other hormones are in check, your body will make more growth hormone, Kominiarek points out. “If a guy’s GH is low, I’ll check his testosterone and DHEA, and typically these are below ideal as well. Since these are easier to boost than GH, I might start here. Upping these two can boost production of GH by default,” he explains.

Want to find out more? Check out the Men’s Fitness guide on How to naturally raise your HGH levels.

HOW TO GROW THE 8 MOST STUBBORN MUSCLE GROUPS