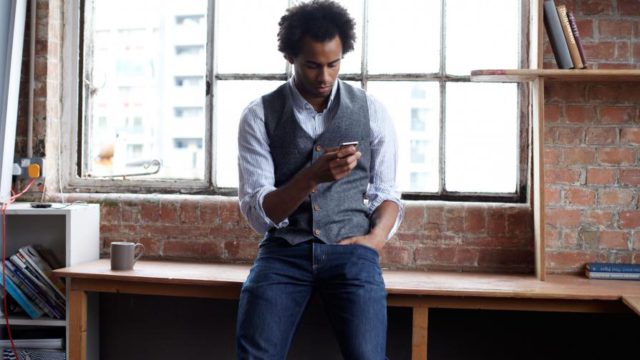 TINDER TOOK over the modern dating world like, well, wildfire, as youths everywhere swiped left and right (and right, and right) based on nothing but photos and short biographies of potential suitors.

But despite Tinder’s popularity—and the popularity of services like it—dating apps could actually be hurting users’ self-esteem and making them feel less satisfied with their bodies, according to research presented Thursday at the annual meeting of the American Psychological Association.

The main argument of the presentation: Because Tinder swipes are based almost entirely on looks, Tinder users are more likely to compare themselves to others, feel pressure to maintain a certain appearance, and have negative moods than people who didn’t use the app, says lead study author Jessica Strubel, Ph.D., a professor at the University of North Texas.

In the study, volunteers answered questions related to Tinder use, body satisfaction, self-esteem, mood, pressure to look a certain way, and body shame. More than 700 female and 120 male college students took part in Strubel’s recent study, which has not yet been reviewed for accuracy nor published.

Strubel, along with her colleague, Trent Petrie, Ph.D., has previously studied Tinder’s effects on self-esteem, but their previous workshowed negative repercussions only in men. Her new study, however, suggests that both men and women who use the app experience similar effects. Tinder’s apparently negative effect on mental health, Strubel argues, is likely a result of the superficial nature of the app. “I understand…this is the dating world now,” Strubel said, according to LiveScience. “But we can’t deny what the science says: there are some psychological ramifications to this.”

Carbino points out that the North Texas study is small (just a few hundred people), unbalanced by gender (there are far more women than men), and only based on college students (and therefore not entirely representative of the population). Consequently, it’s hard to apply the results of the North Texas study isn’t a good representation of Tinder users as a whole, according to Carbino.

Furthermore, defining self-esteem within the confines of a single psychological study can be difficult, according to Carbino. “The construct of self-esteem, the primary variable in the study, is highly volatile and needs to be measured over a long period of time to draw any reasonable conclusions,” she says.

This is the dating world now. But… there are some psychological ramifications to this.

But if you feel like the online dating game is taking a toll on you, remember that what people put on Tinder isn’t their reality—just their best looks, Strubel says. Furthermore, using the app for self-validation will only lead to trouble, she says, because the number of swipes you get on Tinder is not a good way to judge your value.

While the study is about Tinder specifically, we’d bet that those are probably good rules of thumb for literally any social media platform. So swipe away, but don’t let it become your way of judging your self-worth.

9 reasons why you should practice yoga