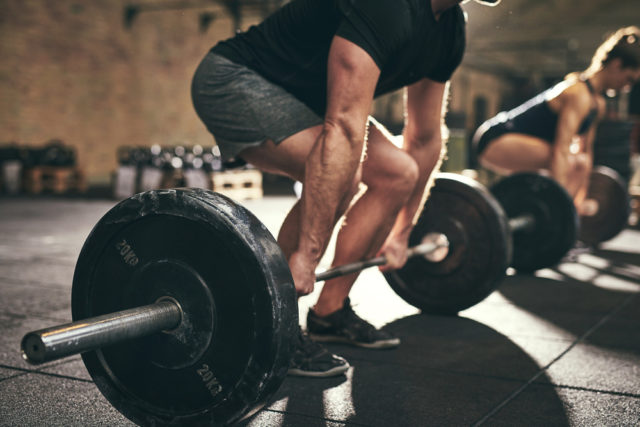 Lifters looking to be wiser about their workouts, while keeping the intensity intact, may want to consider incorporating RPE into their routines.

What’s RPE? It stands for Rate of Perceived Exertion, and in short, it’s a scale system that lifters can use to consciously regulate their intensity without maxing out too quickly.

Here’s how it works: Using three sets of three reps of squats at 250 pounds as an example, you’d perform each set and rate it on a scale of difficulty from 1 to 10, with 1 being the easiest and 10 being the hardest. If you rate the sets at an average of 8 or 9, you’d multiply those numbers by 10 and that essentially means that it took 80 or 90 percent of your perceived exertion to do the exercise. So, 8 or 9 would be your RPE.

The next time you hit the gym, try adding five or 10 pounds to those sets. When your RPE hits the 9.5 to 10 range on the first of three sets and you find yourself struggling over the final two, your RPE is probably too high and you need to lower the weight. So, sticking to an RPE of 8 or 9 is probably your best bet.

Essentially, RPE is a way to self-monitor the intensity of your workout. This allows you to push yourself and get the most out of your training session, but you’ll do so in an efficient manner. That’s in comparison to reps to failure, which could have you maxing out that first set with little production to show over the duration of your gym time.

“RPE keeps you away from that fatigue point,” says Brandon Smitley, who has been competitively powerlifting for seven years and training clients for more than a decade. “It lets the client work hard, but also keeps them safe because it’s not a max every time they come do a training session. The No. 1 thing it teaches you is how to listen to your body.”

While Smitley is an advocate of RPE for all lifters, Pat Davidson, a Ph.D and strength coach based out of New York City, can see the value in it for hardcore, experienced powerlifters from the standpoint of keeping their joints fresh. Otherwise, he calls RPE “completely useless” for beginning lifters, reasoning, “most new people lifting weights have no idea what it is to work at their maximum level” and would therefore be inaccurate with the gauging system. That said, if he had to lean toward incorporating RPE or not, Davidson would go with the latter.

“I don’t think it’s really necessary because I don’t think that we’ve really gotten any better at lifting weights or growing muscle in the last decade, the last two decades quite honestly,” Davidson said. “I don’t know if we really have all that much evidence that RPE is better or worse than anything that came before it.”