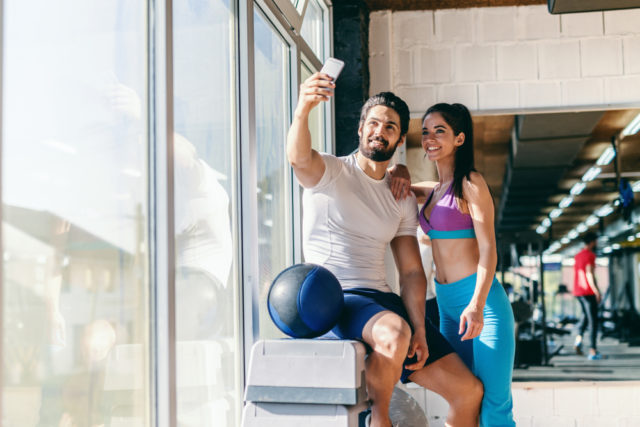 Guys, sometimes you do things on social media that baffle and seriously infuriate the women in your life. Not sure what you could possibly be doing wrong? We’ve got your back. We asked women what social media moves men make that drive them totally insane.

Here, we reveal their answers, and chat with Daniel Post Senning, an Emily Post Institute spokesperson and author of Manners in a Digital World: Living Well Online, about ways to salvage a situation after you’ve screwed up.

The Complaint: “I cannot stand when guys are active. on Twitter and Facebook with their friends, but they never acknowledge their girlfriend’s electronic existence. Electronic displays of affection can really make a girl feel special.” —Jessica, 27, New Jersey

2. Taking Too Many #selfies

3. Revealing More on the Web Than You Do in Real Life

The Fix: While it’s OK to share a gripe from your workday once in a while, it’s more alluring to women if you try to connect with others by sharing positive experiences and interests, says Senning. Plus, posting about your awesome white waterOpens a New Window. rafting trip rather than your a-hole boss will likely help you connect with women who are into the same things. Over time, as you continue to portray a more positive attitude online, the ladies will likely forget that you were once such a Debbie Downer.

The Complaint: “The worst is when there’s just no response to a tweet or a Facebook message. Why can’t he just take a second to respond?” —Naomi, 24, Massachusetts

The Fix: “Not responding sends the message that you’re not interested and she should stop reaching out,” says Senning. If that’s your intention, fine, she will eventually get the hint. But if that’s not the case, you need to manage expectations or she’s going to get pissed. Saying something like, “Facebook was taking over my life so I’m trying not to log on as often. I apologize in advance if I don’t respond as much as I used to,” can do major damage control, explains Senning.

The Complaint: “I hate when guys live tweet sports events. I don’t want to read your play-by-plays or have to sit there while you share LeBron’s every move to your followers.” —Sarah, 30, Michigan

The Fix: Tweeting sports commentary should be reserved for the times when you’re tuned into a game with fans doing the same thing. If you’re watching with your girlfriend and you’re on your phone the entire time she’s going to feel ignored. The other option? Try to engage your lady by tweeting at her about the game, suggests Senning. Who knows? Maybe she’ll jump on the bandwagon (if she hasn’t already).

What are electrolytes? And are sports drinks necessary to replenish them?