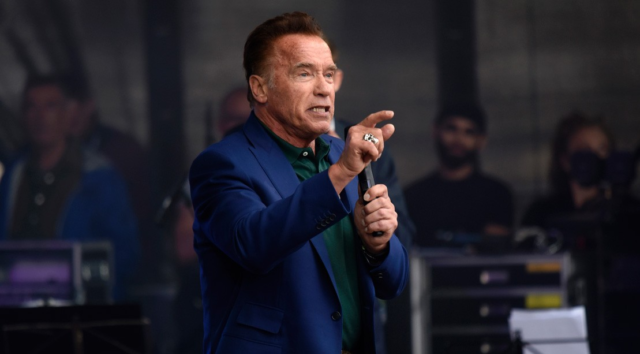 Arnold Schwarzenegger is one of the most idolized bodybuilders of all time. His physique during his Mr. Olympia reign. and the movies that followed was, and still is, a look that countless men around the world strive to achieve.

That said, the Austrian Oak has stirred up controversy in the bodybuilding community as of late. First, it was his stance on steroid use .that got people talking. Now, it’s his stance on plant-based eating..

Schwarzenegger, a vocal environmental advocate, is an executive producer for an upcoming documentary, Game Changers, which chronicles the rise in plant-based diets in the athletic world. In the past, Schwarzenegger has stressed the importance of cutting down on meat to reduce greenhouse gas emissions. Game Changers, set for release in September, will “terminate outdated myths about protein, strength, and performance,” Schwarzenegger wrote in an Instagram post featuring a trailer for the film. In the video, he revealed that though he ate a lot of meat in his bodybuilding days, the idea that “real men eat meat” is just marketing.

The documentary features athletes like Olympic weightlifter Kendrick Farris, bodybuilder and former M&F cover star Nimai Delgado., and strongman Patrik Baboumian, all vegans. While the vegan fitness community showed some serious support in the comments, there’s been some backlash, because this is the Internet.

Some of the strongest opposition came from bodybuilder and strongman Stan Efferding. He took to Instagram to repost a reaction from Shawn Baker, MDO,  a carnivore diet advocate.

Both Baker and Efferding assert that veganism and optimal athletic performance don’t go hand-in-hand. For Efferding’s part, he says that achieving success as elite athletes is the exception, not the rule. Baker offered his opinion in some pretty raw terms, saying that “they’ve replaced @schwarzenegger with a brain dead robot to hype their vegan bullshit propaganda,” and that the Oak never would have become Mr. Olympia on a vegan diet.

It’s undeniable that Schwarzenegger built his physique while on a more traditional bodybuilding diet, but you have to give him credit for starting a discussion on a topic that was bound to be controversial. In a community where diet strategies are a constant point of discussion, there’s always going to be disagreement.

Straight Blade Shaving- All You Need To Know.