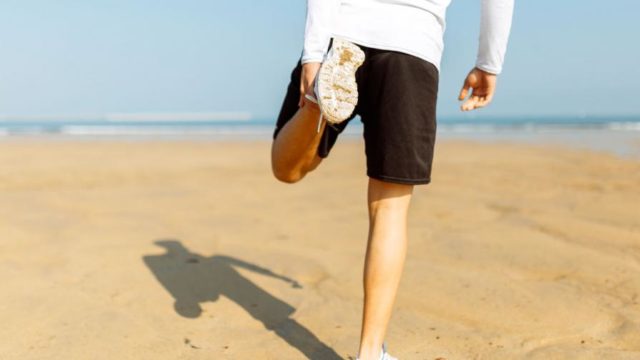 WHETHER YOU’RE NEWLY single, trying to score with the office hottie, or just want to keep the fire burning in your current relationship, your appearance and hygiene matter.

We’re not trying to pole holes in your confidence, but even if a woman is really into you, there are some things that can turn her off.

Since every woman has different preferences, we asked 12 ladies of different ages and home states to reveal what they find least attractive. See where you can clean up your look.

“Generally, my guy is really up to speed with his manscaping, but every so often we’ll be having a conversation and I’ll notice a hair or two in between his eyebrows just staring at me. I know it’s not a big deal, but that group of hairs will bother me until he plucks them out or I ask to pluck them myself.” —Justine, TX

“I was a gymnast for many years, so I have pretty muscular legs. That said, it’s a big turn-off when I see an otherwise good looking guy with scrawny chicken legs. If my legs are fitter than the guy’s, it’s definitely a no go.” —Dani, MI

“I know not every guy has it, but back hair grosses me out. It’s the biggest turn-off to me. To every man out there: If you have back hair, please do something about it immediately.” — Laura, GA

“You don’t have to be totally jacked, but I can’t stand when guys have tiny, twig-like arms. It makes me question if they’d be able to hold themselves up over me in bed.” — Sara, VA

“I’m completely turned off by guys with gross teeth. I’m not referring to things like crooked chompers or gaps, which can be cute; I’m talking about poor dental hygiene. I don’t want to be kissing a guy with plaque-ridden, smoke-stained, and/or decaying teeth.” —Sophia, OK

“I’m not sure how I did it, but I dated a guy for two years that had the worst smelling feet. Whenever he took his socks off any ounce of lust I had toward him immediately faded. Even though we’ve been broken up for over a year, his feet still haunt me.” —Mia, TN

“Sometimes when I’m lying with my head on my boyfriend’s chest, I’ll catch a glimpse of his nose hair. I know a lot of people have it, but the long ones that hang below the nostril really skeeve me out.” —Kaitlyn, NJ

“I hate when guys are overly groomed—like when a guy has eyebrows that look nicer than mine, that’s a problem for me. It can make the guy seem vain, which is also a turn-off. Pluck away the unibrow but stop there.” —Naomi, FL

“Both giant, muscular pecs and flabby man boobs turn me off. I don’t want to be able to share a bra with my boyfriend.” —Chloe, ME

“A little bit of pudge is totally fine, but if a dude’s belly is noticeable even with his shirt on, it’s too big for my liking.”—Lauren, TX

“I like it when guys have a bit of hair on their chest. Seeing a guy my age with smooth pecks reminds me of my high school boyfriend before he finished going through puberty.” —Lisa, NY

“When a guy has a bigger butt, you can tell he hits the gym. When a guy is totally flat back there, it automatically makes me assume the opposite, which is a turn-off.” —Melissa, NY

How to do an arched-back pullup

10 foods that help you sleep better