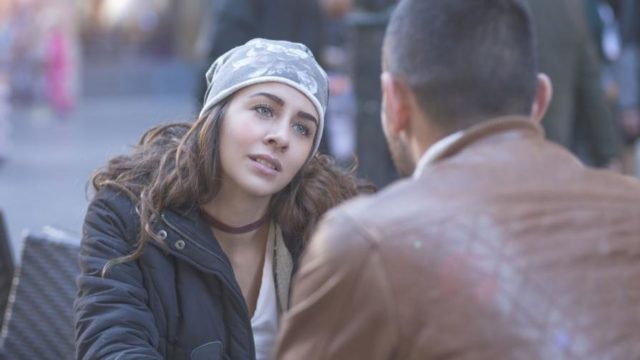 SOMETIMES, MY BOYFRIEND and I fight. Usually, our fights aren’t earth-shattering spats that escalate to the point of a breakup or some malicious deed. We argue about the same things any newly shacked-up couple fights about: laundry, money, or leaving the toilet seat up.

However, when we do argue about one of the above, anything else that may have been brewing under the surface comes to a head and it turns into war. These type of fights always end the same way; someone says something offensive (name calling perhaps?), the other throws an explicative and goes off to stew alone.

Are we dysfunctional when a little bit of nothing turns into a big something? I asked Ian Kerner, Ph.D., sex therapist and relationship counselor and author, whether we should put down our fighting gloves and just call it a truce before it turns ugly. Or is it better to stay stubborn throughout the night and patch things up the following day?She Comes First: The Thinking Man’s Guide to Pleasuring a Woman

“Strong emotions can hijack our brains and cause us to respond in unproductive ways,” says Kerner. For example; when my boyfriend questions why I’m two hours late for dinner, I get defensive. Then he gets defensive that I’ve gotten defensive about something I should have done (like calling to tell him I was stuck at the office and to eat without me). Then we argue about my tardiness as if it’s the end of the world.

Kerner goes on to say that lashing out and blowing up, or avoiding and holding grudges won’t help you come to a solution about what you’re really fighting about.

I tell Dr. Kerner that whenever I try to muster up the courage to call it a truce and end all the yelling, I’m too stubborn and can’t bring myself to apologize. After all, he was partly wrong for making me feel guilty for having to stay at the office late.

“Part of the process of arguing with a loved one is being able to see through the other person’s eyes,” Kerner says. “This way you’re not arguing a point, you’re trying to argue a solution.” Maybe apologizing for my mistake, before immediately trying to stick up for myself, will help him see that I do care about what he’s saying.

Of course, sometimes when couples fight, the point of apologizing has come and gone too quickly and each person is knee-deep into proving their side of the story. When this happens, Kerner suggests taking a time-out.

“Letting the other person say what they have to say can sometimes be beneficial,” he explains. “When they’ve finished speaking their mind, take a few minutes to cool down. If you’re able to process your thoughts, you can deal with your emotions constructively the next time you speak.”

Come to think of it, I never really want to fight when I’m fighting—more often than not, it’s a situation blown out of proportion, which can easily be solved if I’d stop for a second to think about what I want to say.

By the time our argument has come to the final stages, we’ve said everything that’s been getting on our nerves about one another. Now our small problem is not so small anymore and we’ve headed off to our separate corners to sulk in silence. Is it a good idea to stay stubborn through the night and patch things up the next day?

“Although people consider ‘sleeping on it’ as a good way to solve a fight, it’s always best to deal with a situation as soon as possible,” says Kerner. “The memories and feelings will still be fresh and you can really pinpoint what’s bothering one another and what’s a workable solution for both of you.”

Will my boyfriend and I be able to put our stubbornness aside and fight productively? Next time, I’m putting Dr. Kerner’s advice to the test. Although, I’m not looking to fight, in any relationship it’s always best to communicate about the good, the bad, and the ugly. Fighting the right way can be the key to coming to a positive solution for the both of you.

How To Prevent Stretchmarks From Weightlifting And Bodybuilding.

Fast food hits your immune system like an illness, a new study suggests