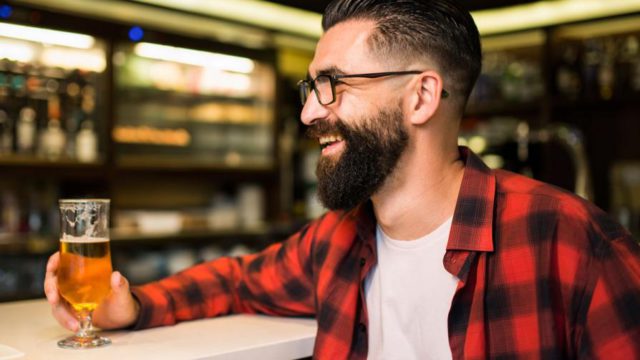 UP TO 15% of couples suffer with fertility problems, meaning they can’t conceive a child even after having unprotected sex for a year or longer, according to the Mayo Clinic. And about half of the time, it’s male fertility issues at the root of the problem.

It’s not a lost cause, though. While male infertility is caused by low sperm production, abnormal sperm function, or blockages that prevent your swimmers from, well, swimming—due to illnesses, injuries, and chronic health problem—lifestyle choices play a huge role.

Deborah Anderson-Bialis—co-founder of FertilityIQ, a service that connects patients with credible, highly detailed, and unbiased information about fertility doctors and clinics in the U.S.—highlighted some of the worst daily habits that could be messing with your fertility.

1. Your sunscreen has too many harmful chemicals

“While sunscreen protects you against the sun’s harmful UV rays, a new study suggests that chemicals found in some sunscreens may disrupt sperm cell function,” Anderson-Bialis says. “That’s because filters in sunscreen penetrate the skin, find their way into your bloodstream, and mimic the impact of progesterone [the female sex hormone].” Obviously we’re not suggesting your skip the sunscreen altogether. Check out some “safer” options and practices here.

“Another reason to put down that cigarette once and for all—non-smokers are more fertile than smokers,” says Anderson-Bialis. In fact, the more you puff, the more your penis suffers, according to a study from the Tulane University School of Public Health and Tropical Medicine. The researchers found about 23% of erectile dysfunction cases can be chalked up to smoking.

3. You hit the bottle too hard

“Best to limit your happy hours,” says Anderson-Bialis. “Studies show that chronic alcohol consumption can lower male reproductive hormones and semen quality.” One of those studies comes from the Indian Journal of Psychiatry: Heavy drinking proportionately reduces your libido, increases your risk of ED, and raises your potential for impotence. Scary stuff. Stick to the recommended two drinks per day for men.

4. You’re hitting the gym too hard

“You may want to be built like the Hulk, but excessive exercise could also lower your sperm count,” says Anderson-Bialis. “Pushing yourself to the limit creates oxidative stress which is a primary driver of sperm dysfunction.” Overtraining can lower your testosterone and raise your stress hormone cortisol. Make sure you’re programming your workouts appropriately, recovering properly, and always give steroids a hard pass.

“The bald truth is that hair-growth drugs may increase your follicle count but reduce your sperm count,” says Anderson-Bialis. “They modulate your hormone levels, which impacts your ability to produce sperm.” What’s more, some antihypertensives and antidepressants can cause erectile dysfunction, so make sure you’re talking to your doctor about using alternatives with the fewest side effects.

6. Your pants are too tight

This isn’t a myth: Your junk can suffer from being stuffed in too-tight pants. “Tight clothing can lead to your testes overheating, which may result in a lowered sperm count and potentially cause fertility issues,” says Anderson-Bialis. Some clothing brands offer roomier versions of cuts that typically make it difficult to move, bend, and crouch because the inseam is cut so high. Lululemon has “anti-ball-crushing pants.”

“If you’re stressed, your semen may be, too,” Anderson-Bialis says. “Men who report high stress levels also tend to have poor semen quality.” Plus, stressing about fertility issues on top of work and life stress causes a domino effect you’ll be hard-pressed to stop.

5 RECOVERY METHODS YOU NEED TO KNOW

The 10-minute TRX workout to cook your abs

Ultra-restrictive crash diets could wreak havoc on your heart