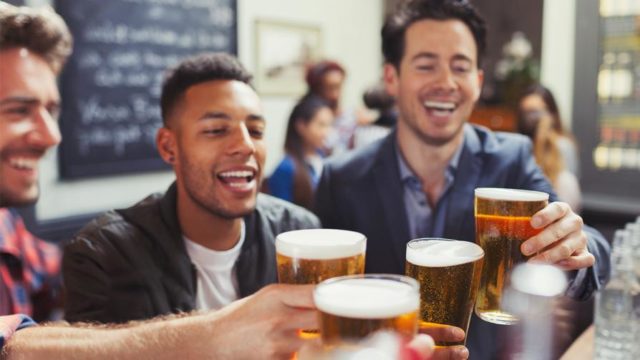 IF YOU’RE A fit dude (and we’re betting you are), you probably already know that tossing back one too many at the bar can not only mess with your carefully planned diet (i.e., make you fat), but can also affect the way you build muscle. Now, thanks to a new study, you can add another side effect to drinking booze—and it’s something you might want to consider before you pick up that second (or third) cocktail at your company’s annual holiday party or dinner with your girlfriend’s parents.

Spirits that have higher alcohol concentration are more frequently associated with feelings of anger and aggression, according to a new study published in the journal BMJ Open.

In the study, researchers used data from the Global Drug Survey, which asked participants between the ages of 18 and 31 about their alcohol consumption and how they felt while drinking specific types of alcohol, including beer, hard liquor, and red or white wine. The emotions from which participants could choose included energized, relaxed, sexy, confident, tired, aggressive, ill, restless, and tearful.

The results? Statistically speaking, certain types of alcohol can be more likely to trigger certain emotions. Spirits (like rum, gin, or vodka) were more likely to produce strong responses on either end of the emotional spectrum: Negative feelings like anger or aggression, along with more positive emotions like energy, confidence, and sexiness, were the most commonly reported. For beer and wine, on the other hand, roughly 50% of those surveyed said they “felt relaxed” after drinking a glass.

There was, however, one exception to the general trend: Men were “significantly more likely to associate feelings of aggression with all types of alcohol, as were those categorized as heavy/dependent drinkers, who were six times more likely to do so than low-risk drinkers,” according to the research.