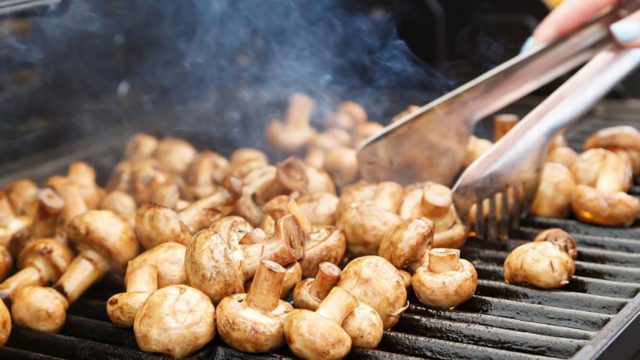 MUSHROOMS, WHILE NOT the favorite food of many people, are nutritional powerhouses that deserve to be on your training plate. Not only are they very high in vitamin D when exposed to sunlight (just like humans), they contain compounds that boost immune system function, reduce risk of cardiovascular disease, and fight inflammation.

If you’re not sure how to prepare mushrooms, recent research published in the International Journal of Food Sciences and Nutrition has figured out the two best ways to get the maximum nutritional content from the fungus. The study looked at commonly eaten mushrooms—button, shiitake, oyster—and found that, when grilled or microwaved, they retain powerful antioxidant compounds. When fried, mushrooms lose a lot of protein, ash, and carbohydrate content but bump up fat and energy, and when boiled (gross), the fungus improved the beta-glucan content, which is linked to immune system health, but had big losses in antioxidant numbers.

“When mushrooms were cooked by microwave or grill, the content of polyphenol and antioxidant activity increased significantly, and there are no significant losses in nutritional value of the cooked mushrooms,” said study co-author Irene Roncero, Ph.D. “Frying and boiling treatments produced more severe losses in proteins and antioxidant compounds, probably due to the leaching of soluble substances in the water or in the oil, which may significantly influence the nutritional value of the final product.”

HOW TO WEIGHT-TRAIN FOR YOUR BODY TYPE: ECTOMORPH, MESOMORPH, ENDOMORPH

5 KICK-ASS OUTDOOR WORKOUTS TO TORCH CALORIES AND GET RIPPED